Watch what happens to a Marine poolee who says ‘what’s up, sir?’ to a Drill Instructor

Check out this poolee who blurts out “What’s up sir” to a drill instructor during an exercise at the Marine Corps Recruiting Station Frederick in Maryland. For all those Marines out there, you know that this is not a good idea. It is a good thing this young man is only a poolee for now.

A poolee is an individual who has signed on to become a Marine but has not left for the 13 weeks of Marine Corps Recruit Training.

Luckily, this drill instructor took it easy on him.

As soon as the poolee makes his way towards Sergeant Jason Jarmond, the words “What not to do to a Marine Drill Instructor” pop up in the video.

The poolee reaches Sergeant Jarmond and says “What’s up sir” with a smirk on his face.

Instantly, Sergeant Jarmond turns his head towards the poolee and the smirk on the poolee’s face vanishes. 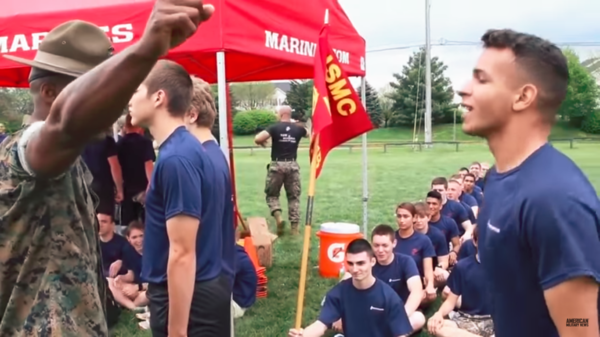 A drill instructor tells a poolee to run (YouTube)

One word comes out of Sergeant Jarmond’s mouth: “Run.”

The poolee takes off into the field while Jarmond chases after him, yelling the entire length of the brief run until he gets back into formation. 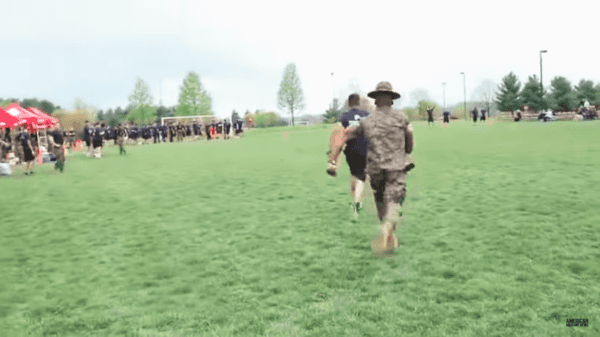 Just for added measure, Jarmond tells the poolee to do it again.

Not to be confused as Drill Sergeants, Marine Corps Drill Instructors are tasked with “Making Marines.”

Marines report to either Marine Corps Recruit Depot Parris Island in South Carolina or Marine Corps Recruit Depot San Diego in California, where they are then assigned to Drill Instructor School. Females are required to be trained in Parris Island. For the next 12 weeks, they learn to train recruits in physical fitness, military history, drill marching, swim qualifications and leadership training.

After graduating, they are assigned to a Recruit Training Battalion and train a platoon of recruits at 13-week intervals, with 10 days of leave in between each training platoon.

Being a Marine Corps Drill Instructor is regarded as one of the most intense positions in the military as they are tasked with turning recruits into Marines and prepare them for potential combat situations.