An M1 Abrams tank drops off the back of transport boat and into the water during a training exercise. (usmarines213/YouTube)
April 15, 2016 Wade Bennett
Share
Tweet
Flip

The M1 Abrams tank has been an integral piece of machinery for armies around the world since its introduction in the 1980s. As the main battle tank for the United States, the M1 has seen combat from Afghanistan to Yemen to Saudi Arabia and beyond. And while it is first and foremost a land-based vehicle, the M1 is actually much more versatile than it appears.

In a video clip posted to YouTube, an M1 tank can be seen crawling off the back of a carrier straight into a body of water. Nearly fully submerged, the massive war machine cruises comfortably along before finally emerging on the shoreline.

Check out the M1 in action in the video below:

The tank slowly drops from the back of a transport boat that can be seen rising from the water itself after the immensely heavy tank is finally released. Two troops maneuver the 60-ton behemoth in more than six feet of water as the tank travels along with ease. 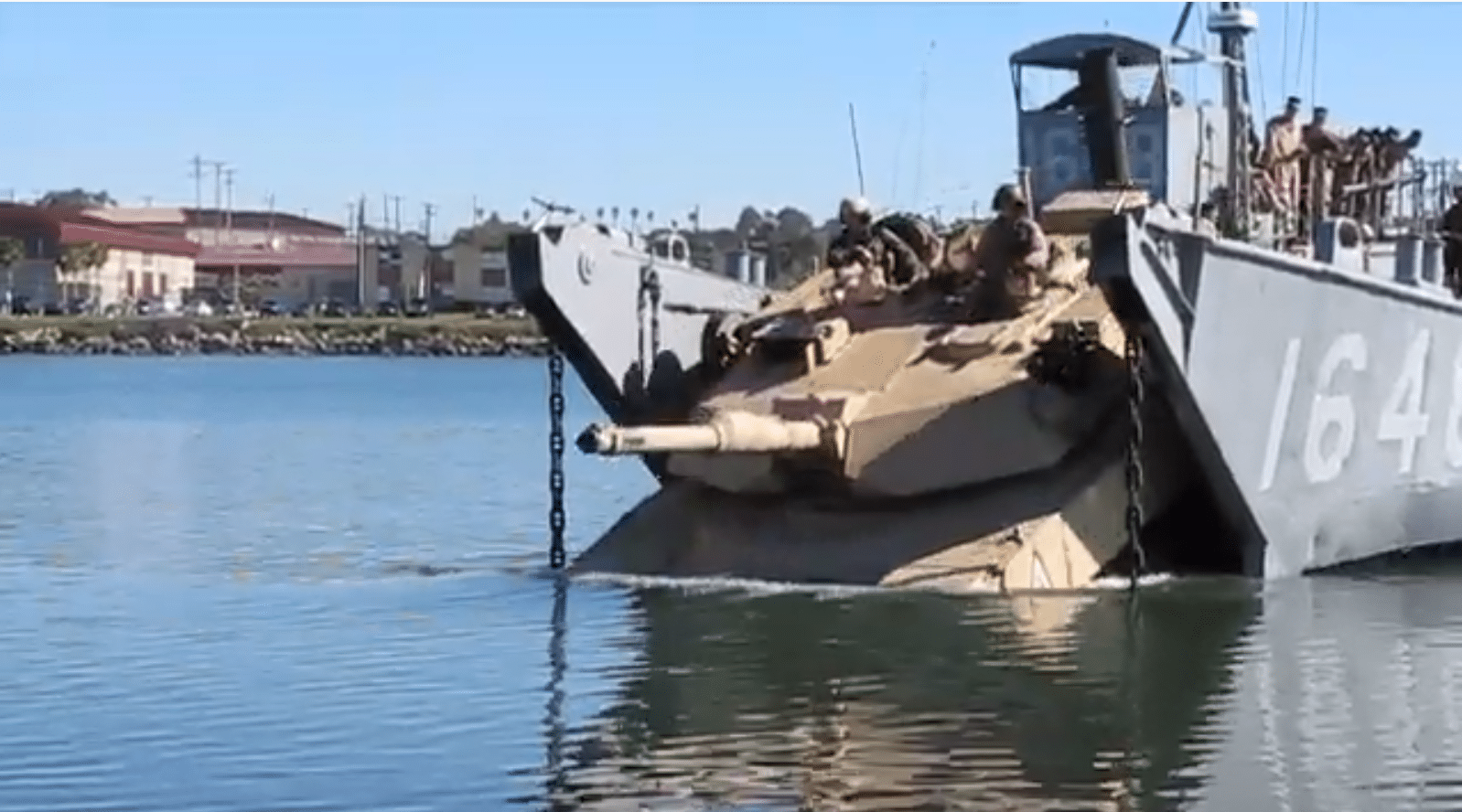 The secret to the M1’s impressive water abilities is simple: a “snorkel” required on all military tanks positioned well above the tank’s body. The attachment allows the engine to breathe even if the vehicle is completely submerged.

The only problem the troops may face from the excursion is a case of wet boots. The M1 is notoriously prone to leaks, though the important mechanics that power the tough machine remain protected and fully functional. 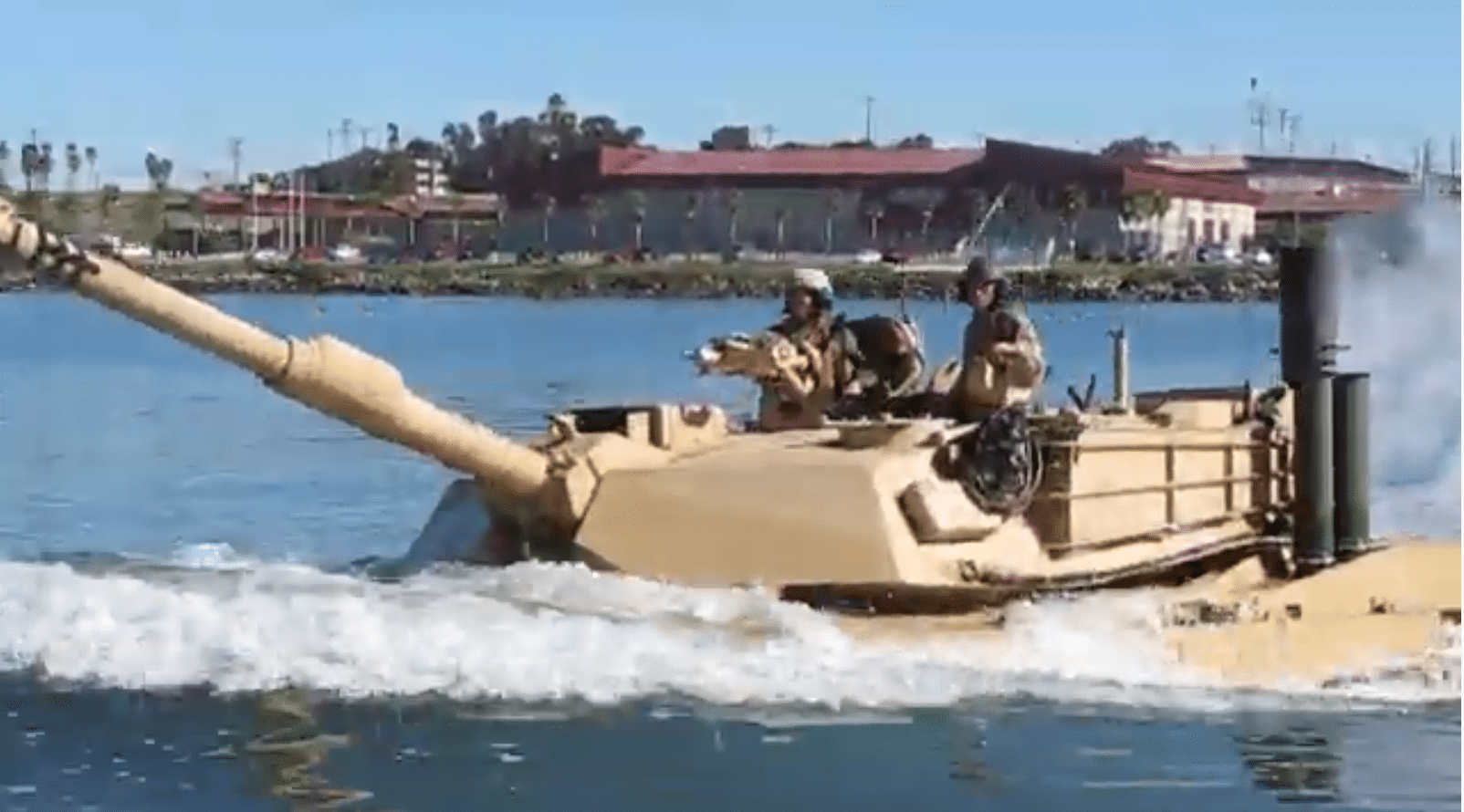 While obviously not built to be driven in the water often, the M1 and all other military tanks are capable of traversing over less than ideal terrain. From dry deserts to frozen tundras and mud-coated fields, the vehicles that carry military personnel need to be ready to tackle just about everything. 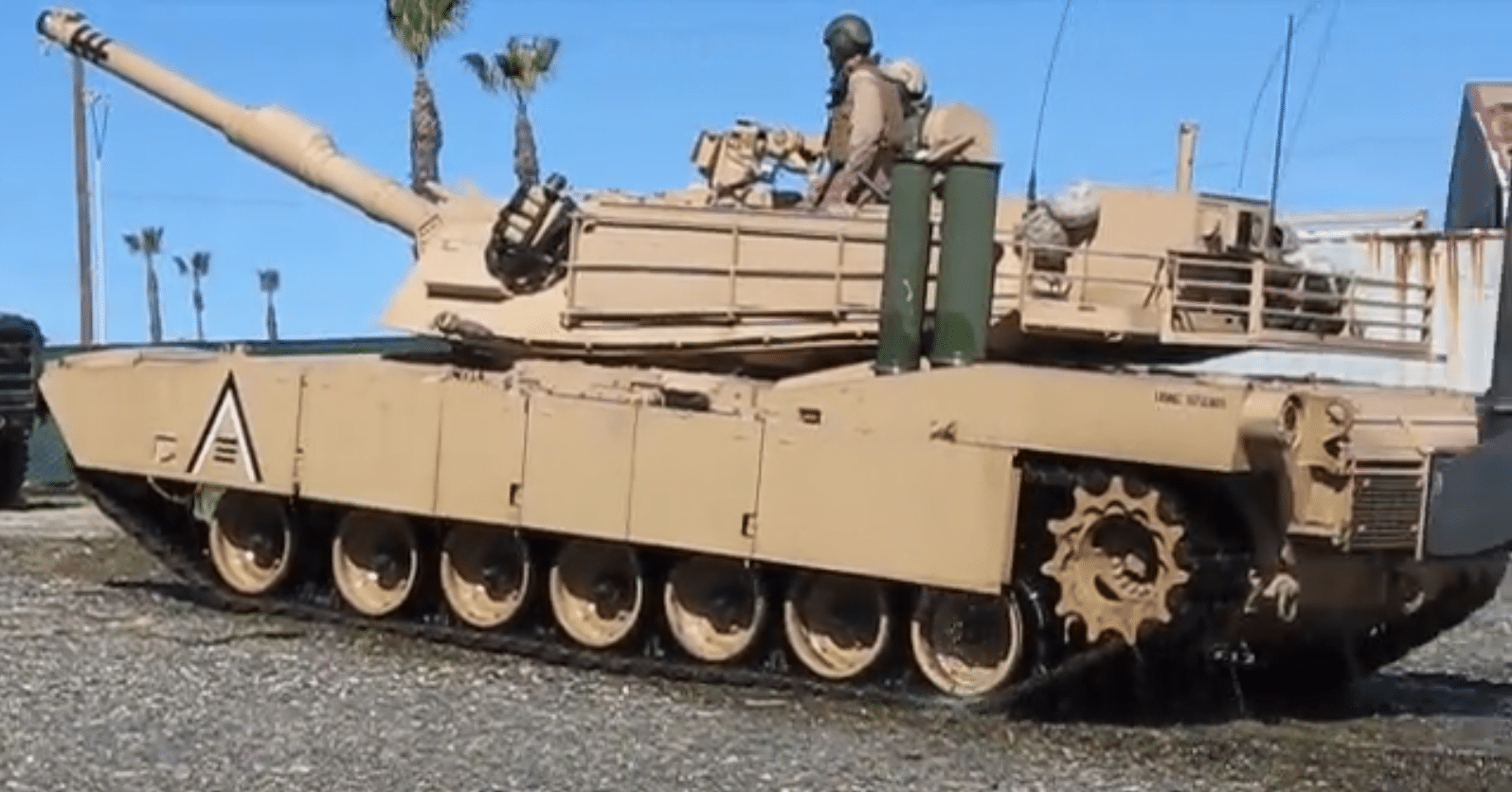 Manufactured in the United States, the vehicle is named after American General Creighton Abrams, former Chief of Staff of the U.S. Army and Commander of U.S. military forces in Vietnam from 1968 to 1972.

The M1 Abrams originally entered U.S. service in 1980, replacing the M60 tank, and has been used ever since. The tank has seen multiple revisions, and three main versions have been deployed: the M1, M1A1, and M1A2. Each revision incorporated improved armament, protection, and electronics.

Russian Jets That Buzzed U.S. Navy Destroyer 11 Times Are All Bark And No Bite With No Weapons