(Video) Can fiberglass be used as body armor?

Bulletproof material comes in all different forms. From Kevlar to steel plates and beyond, there are plenty of options out there. One lesser-known bullet-resistant material is fiberglass. Normally used for safe-rooms to protect against tornadoes, the lightweight material may actually be strong enough to protect against gunfire too.

In a video posted to YouTube, one gun enthusiast pits some fiberglass paneling against a wide array of guns, and the results are pretty interesting

See if the fiberglass holds up in the video below:

Compared to a steel plate, fiberglass is extremely lightweight coming in at less than three pounds. However, the stuff is fairly expensive. According to the video’s uploader, a single 4-by 8-foot sheet can cost more than $600, but you may be able to get a lot of body armor-sized panels out of the full sheet – provided that it works as body armor, that is.

The first test sees the fiberglass up against a 9mm Glock. With the panel strapped to a dummy, the first round is fired off.

Checking out the slow-motion replay, it is obvious that the bullet impacted the material and caused a shockwave of force that rippled the dummy. However, upon further inspection, it is revealed that the bullet did not end up penetrating the fiberglass. 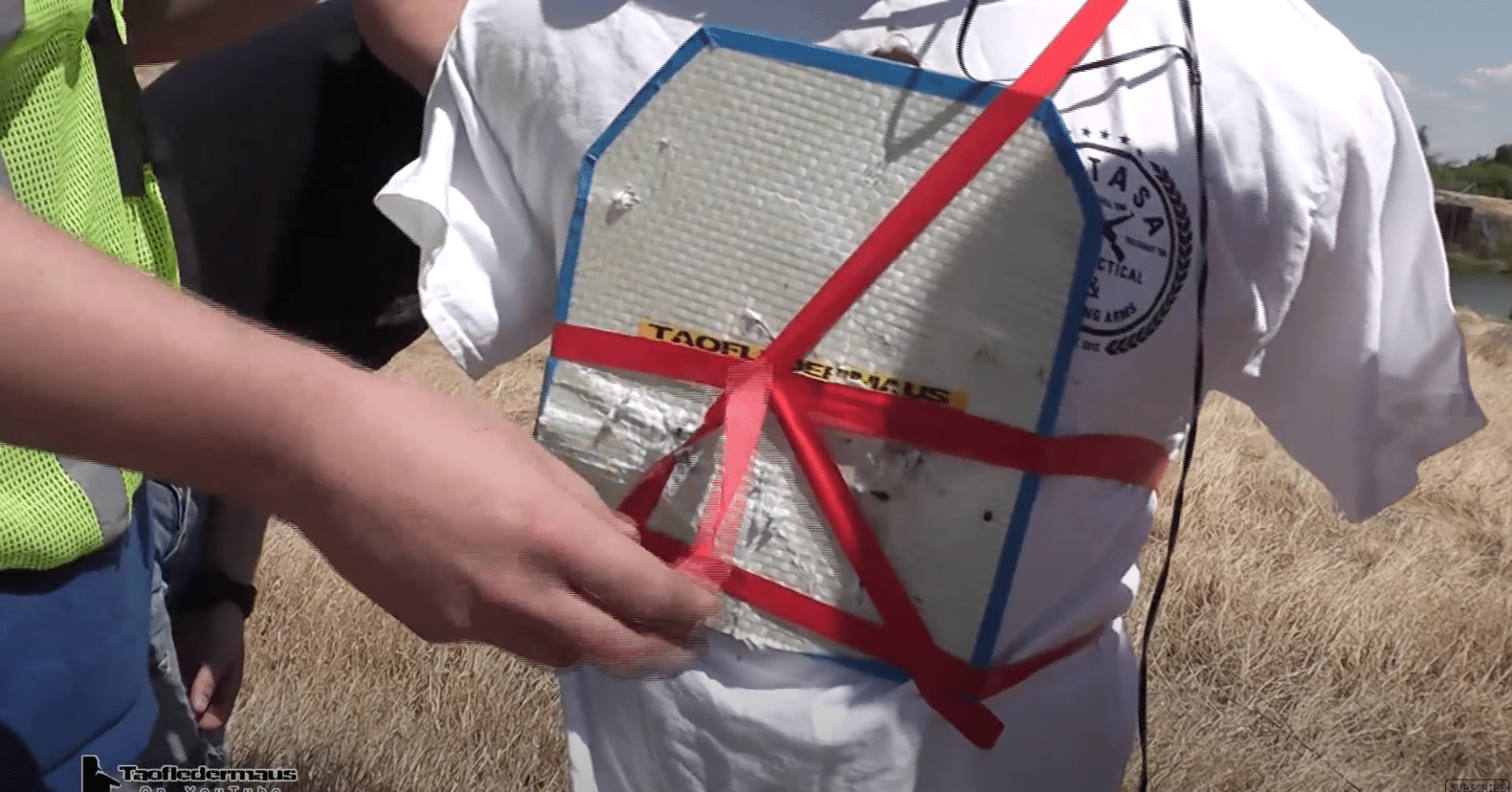 To kick things up a notch, the hosts fire an M1 carbine at the fiberglass to see if it may be powerful enough to break through the panel. The weapon and bullet combination is more than the panel is rated for.

In the slow-motion replay, the bullet can be seen causing a decent amount of damage to the plate itself. With a noticeable divot and subtle bend in the plate, it seems to indicate that the fiberglass may not have held up. Upon a closer look at the underside, the only damage seen is a slight bulge in the material and no penetration whatsoever. 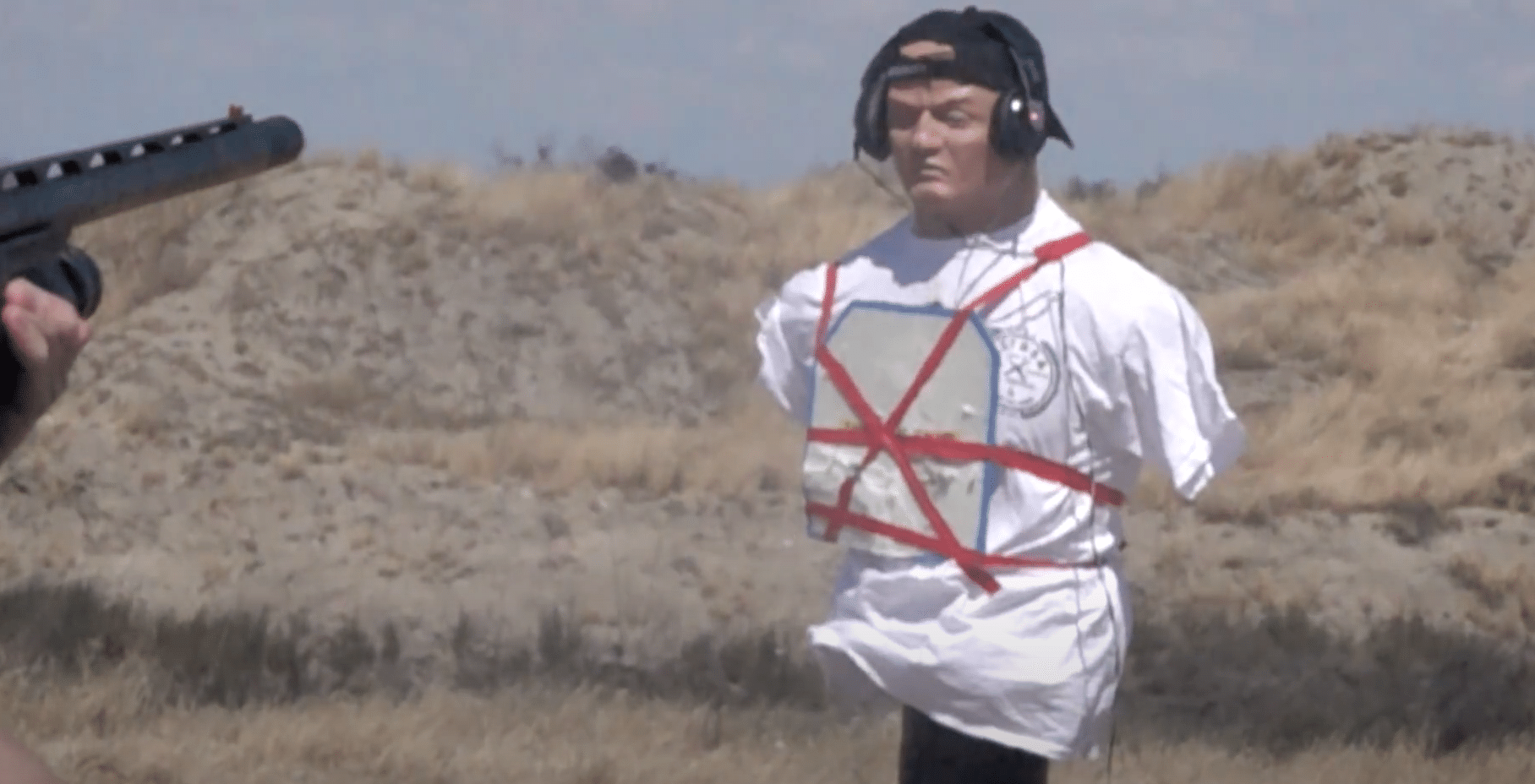 The final test sees the panel up against a large shotgun slug. This time, the material has met its match. The slug explodes through the panel, punctures the dummy underneath, and even comes out the other side.

While fiberglass may not necessarily be “bulletproof,” the host suggests that in some sense, the material can at least be bullet-resistant and may in fact prove to be a worthwhile alternative in certain situations.