WATCH: Survival skills you need according to a Navy SEAL

Navy SEALs are synonymous with highly skilled killing. Not only are they trained on how to neutralize the enemy and accomplish their mission, but also on how to survive while doing it.

A violent crime takes place in the U.S. every 26 seconds, according to the FBI. So how can you prepare for the unthinkable in the event that you become a victim? Every person poses a potential threat, so you must remain vigilant at all times. 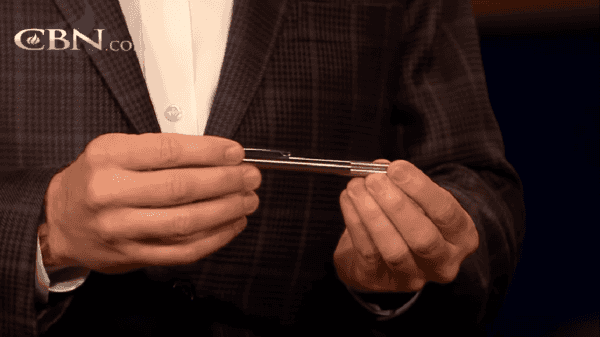 In this video, Retired Navy SEAL Clint Emerson presents a few tips from his survival guide for civilians, “100 Deadly Skills.” These survival tactics are taken from actual Special Forces operations.

Watch it below and learn how to elude pursuers, evade capture, and survive any dangerous situation:

Emerson says the run, hide, fight mentality should be on your mental check-off list so if something does happen, you already have decisions made. You don’t want to have to make decisions in the middle of a crisis.

He says always be prepared and know what the bad guys are capable of. First, if you can run, do it. Run in a zig-zag pattern if you see that they have a gun. Doing so makes it harder to shoot you. But, if running isn’t an option, hide. Hide behind things that can take a bullet.

The last option is to fight when the other options aren’t viable and you are in an isolated area, like a classroom or a church. Emerson says leverage your environment to help gather weapons to get yourself out of that situation. If you are being robbed, give them what they are asking for. 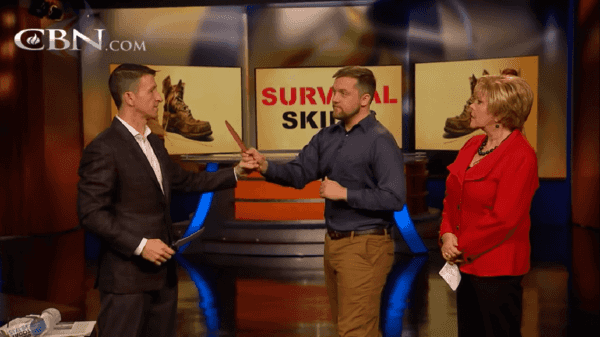 Emerson advises that everyone have a carry kit for defense. He says add things like bobby pins, zip ties, razor blades, knives, and steel barrel pens, just to name a few. He recommends steel barrel pens so that they withstand the blow that you will deliver with them. You will want to be able to jab someone multiple times, typically in the eye.

You want to inflict as much pain as you can so you can run away. Emerson says you have to deliver as much aggression as possible to match what you are receiving.

If you are being attacked by someone with a knife, Emerson says to follow the theory that it is better to fend off the knife by using your hand than being stabbed to death. He says keep your inner arm facing you so no major arteries are hit, and if you have a knife in your carry kit to fight back with, you deliver a stab to the gut while the bad guy is focused on your other hand warding off his stabs.

JUSTICE SERVED: 30 ISIS Fighters Blow Themselves Up In Iraq