Watch an RPG face off against a Toyota

YouTubers fire off a dozen dud RPG's at an old car before finally getting the explosion they wanted (steveleeilikeguns/YouTube)
April 18, 2016 Wade Bennett
Share
Tweet
Flip

Firing off explosives is always a good time, especially when the weapon of choice is a couple of shoulder-fired rocket launchers.

The gentleman of the steveleeilikeguns YouTube channel pitted an RPG-7 and a B40 against a car, and after a few missed attempts, finally got the big bang they were hoping for. 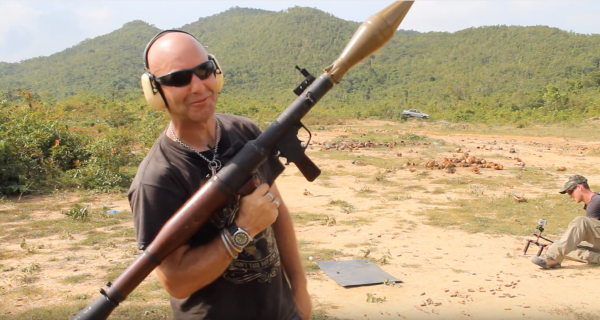 The men fortunately had a fair number of rockets at their disposal to use for the demonstration. After a couple of test fires, the men noticed a bit of trouble with the rockets as they were not exactly giving off that explosive power they were expecting.

Check out the entire video below:

Not to be held back, they decided it was time to launch the rockets at a used-up old compact car perched on a dirt mound in the distance. Unfortunately, like the few test shots from before, the rockets seem to lack the explosive power they supposedly had.

The missing explosion certainly was not for a lack of trying. A couple of the rockets hit the target, and upon further investigation, one rocket punched a hole through the entire automobile. Another battle scar revealed a second rocket had blasted through the car’s windshield. 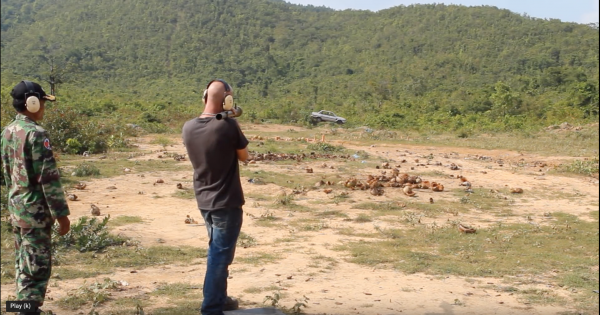 A few more unsuccessful rocket launches later, the men in the video were understandably getting a little frustrated.

“All right, here we go. This is our last shot of the day,” one of the men in the video explains. “We’ve done 10 of these already and they’re like $300 a hit.” Thus far, the expensive round of rockets had not resulted in the jaw dropping explosion they had expected.

Finally, after a dozen failed attempts, the men get the result they were hoping for. An RPG fires from the barrel, hits the car dead-on and blows it up in spectacular fashion.

The blast from the RPG also took out one of their cameras in the process, and an already expensive day wound up costing even more.

To finish off the car, the men kept things simple: a hand grenade, which engulfed the wreckage in flames.

Watch this badass shoot 2 Barrett BMG rifles like a pro