Following the horrific terrorist attacks on September 11, 2001, the nation looked to then-President George W. Bush for guidance. President Bush offered a glimmer of hope just three days after the attacks when he delivered an iconic speech at Ground Zero. Standing arm in arm with first responders, the president re-affirmed to the American people that the country would rise up stronger than ever, and that the individuals who planned the attacks would pay the ultimate price.

Relive President Bush’s powerful address in the video clip below:

To chants of “U.S.A.! U.S.A!” the president addressed the crowd:

“The nation stands with the good people of New York City and New Jersey and Connecticut as we mourn the loss of thousands of our citizens,” Bush told the crowd. 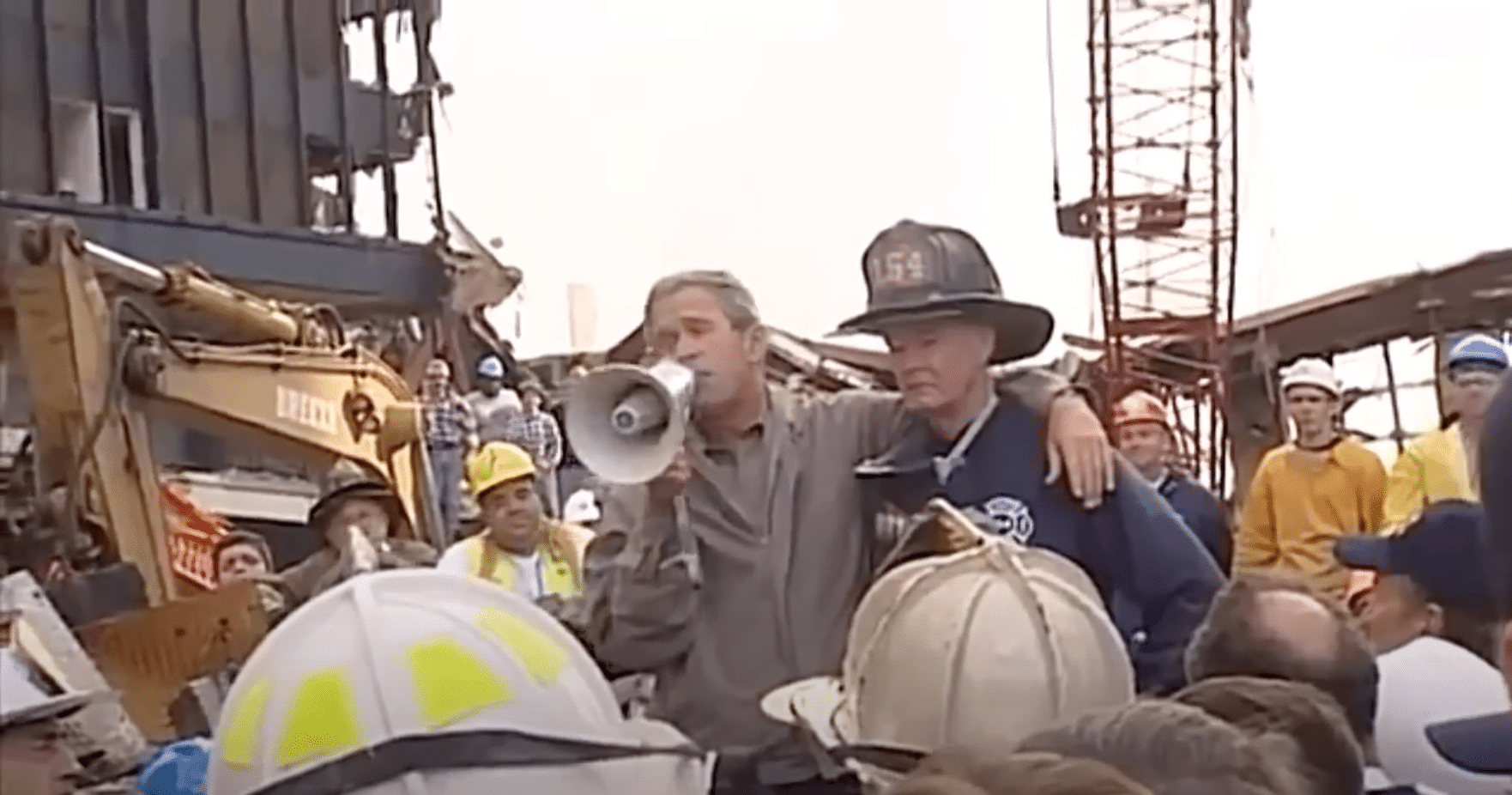 Even with a bullhorn in hand, the president had a tough time getting his message to the crowd. When someone yelled out, “I can’t hear you!” Bush offered one of his most powerful responses.

An inspired crowd cheered with even more chants of “U.S.A!” as Bush paused to take in the moment. 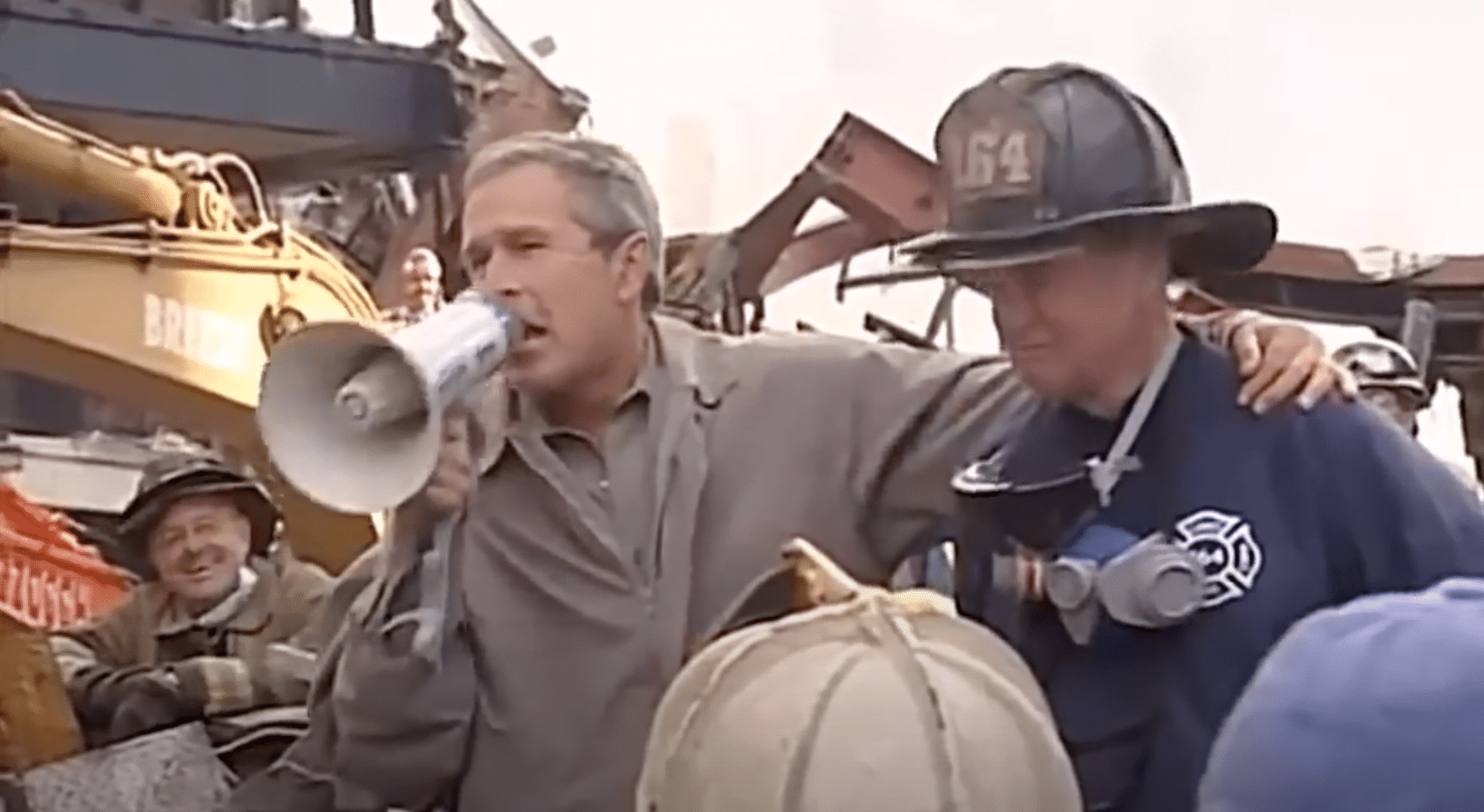 “The nation sends its love and compassion to everybody who is here. Thank you for your hard work. Thank you for making the nation proud, and may God bless America,” the president concluded.

While President Bush’s remarks were brief, this moment in time painted a picture of the president that is still etched in the minds of many. Standing at Ground Zero with first responders, the president symbolically showed Americans that he was not afraid, and they didn’t need to be either.

Just eight months into his first term, Bush suddenly found his voice as this country’s leader and ultimately showed the citizens of the United States and the rest of the world that America would be undeterred by those heinous acts.