A hidden treasure, left undeveloped for over 70 years was discovered at an Ohio auction house. The 31 rolls of film were discovered in 2014 by Levi Bettweiser, founder of the Rescued Film Project.

All the images were taken by the same WWII soldier, and recovering the photos hasn’t been easy as the film has been exposed to the elements and discarded for a long period of time. Only about half are labeled with locations, and that is the extent of knowledge about the images.

Take a peek at some of the images below and see if you recognize anything! 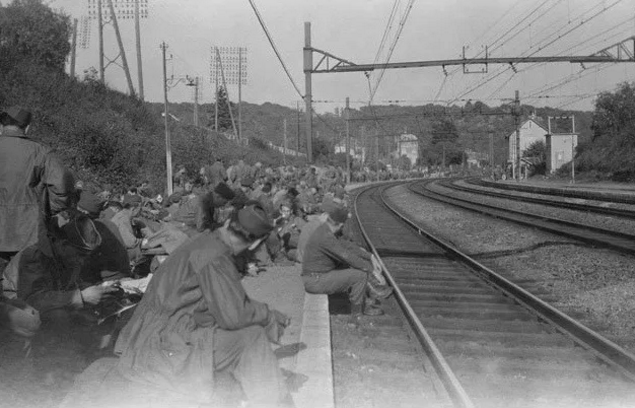 Here’s a little bit more about the Recovered Film Project:

What is The Rescued Film Project?

The Rescued Film Project is an online archive gallery of images that were captured on film between the 1930’s and late 1990’s.  Each image in our archive was recovered from found film from locations all over the world, and came to us in the form of undeveloped rolls of film.  We have the capability to process film from all era’s.  Even film that has been degraded by heat, moisture, and age.  Or is no longer manufactured.

Why do we rescue film?

Every image in The Rescued Film Project at some point, was special for someone.  Each frame captured, reflects a moment that was intended to be remembered.  The picture was taken, the roll was finished, wound up, and for reasons we can only speculate, was never developed.  These moments never made it into photo albums, or framed neatly on walls.  We believe that these images deserve to be seen, so that the photographer’s personal experiences can be shared.  Forever marking their existence in history.

Film is an organic material that degrades over time.  We are committed to rescuing as many images as possible, before they’re all gone.

Did you recognize anything in those images? Sound off in the comments below!