Video: Cure your ‘AR fatigue’ with these awesome alternatives to the AR platform

Even though the AR-15 is a reliable, affordable, and badass weapon, gun owners across the country are likely suffering from “AR fatigue” — a disinterest in reading about the same old stuff from the same old weapon. The guys from TFB TV have just the cure in a video featuring five great alternatives to the AR-15 that might just be worthy of your gun cabinet.

Check out the list of awesome guns in the video below:

The first worthy alternative to the tried and true AR-15 is the FN FS2000. Designed by FN Herstal and originally introduced in 2001, the popular weapon has been in production ever since. Today, the gun is used by special forces and hobbyists alike who praise its iconic design and customizability. 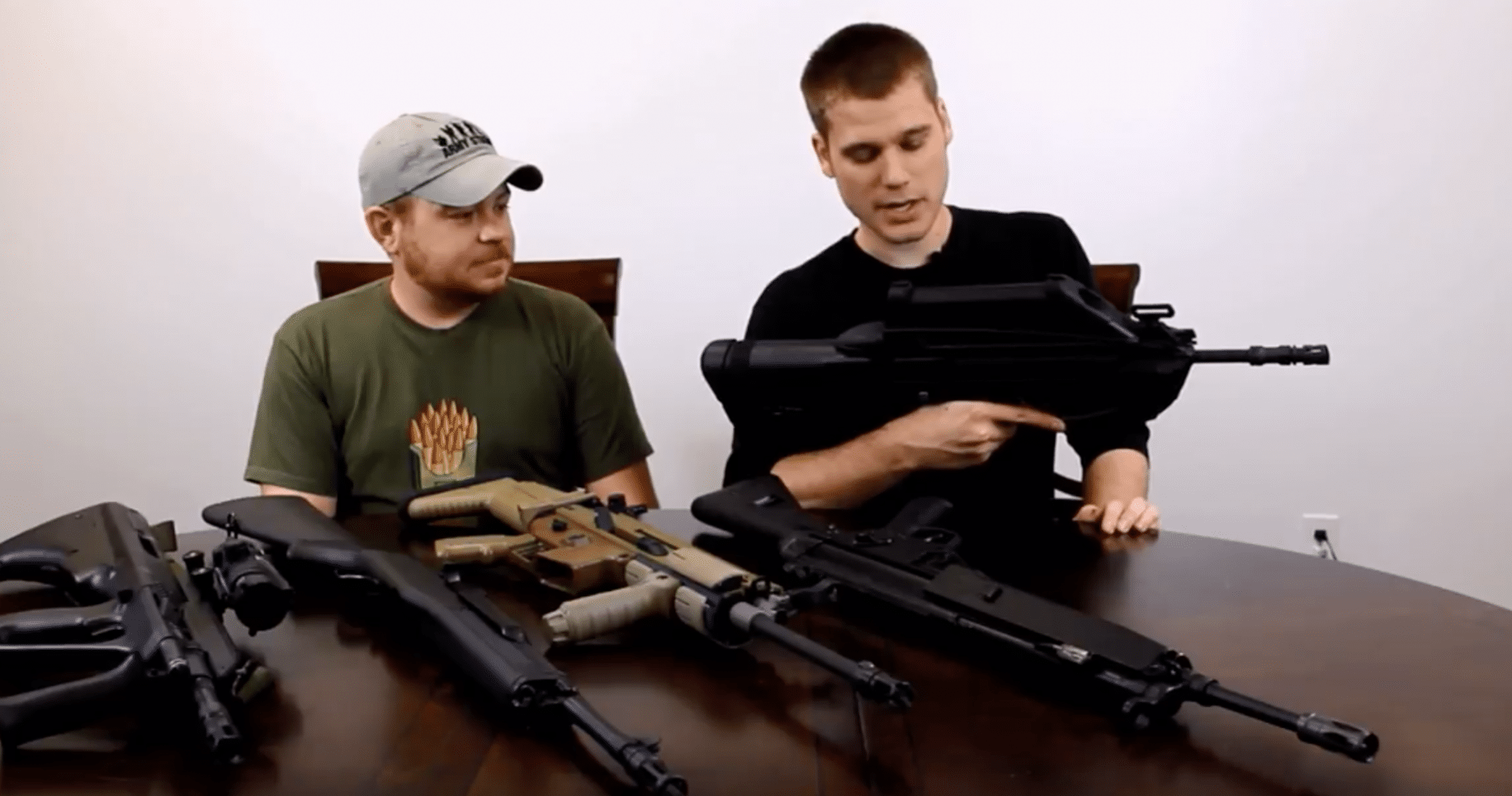 The F2000’s modular weapon system packs a compact 5.56x45mm NATO-caliber assault rifle in a bullpup configuration. The gun is a selective-fire weapon operating from a closed bolt, and it consists of two main assemblies: the barreled receiver group and the frame.

“It’s reliable, it’s accurate – all in all it’s my favorite bullpup – and it’s a great AR alternative,” the presenters say. 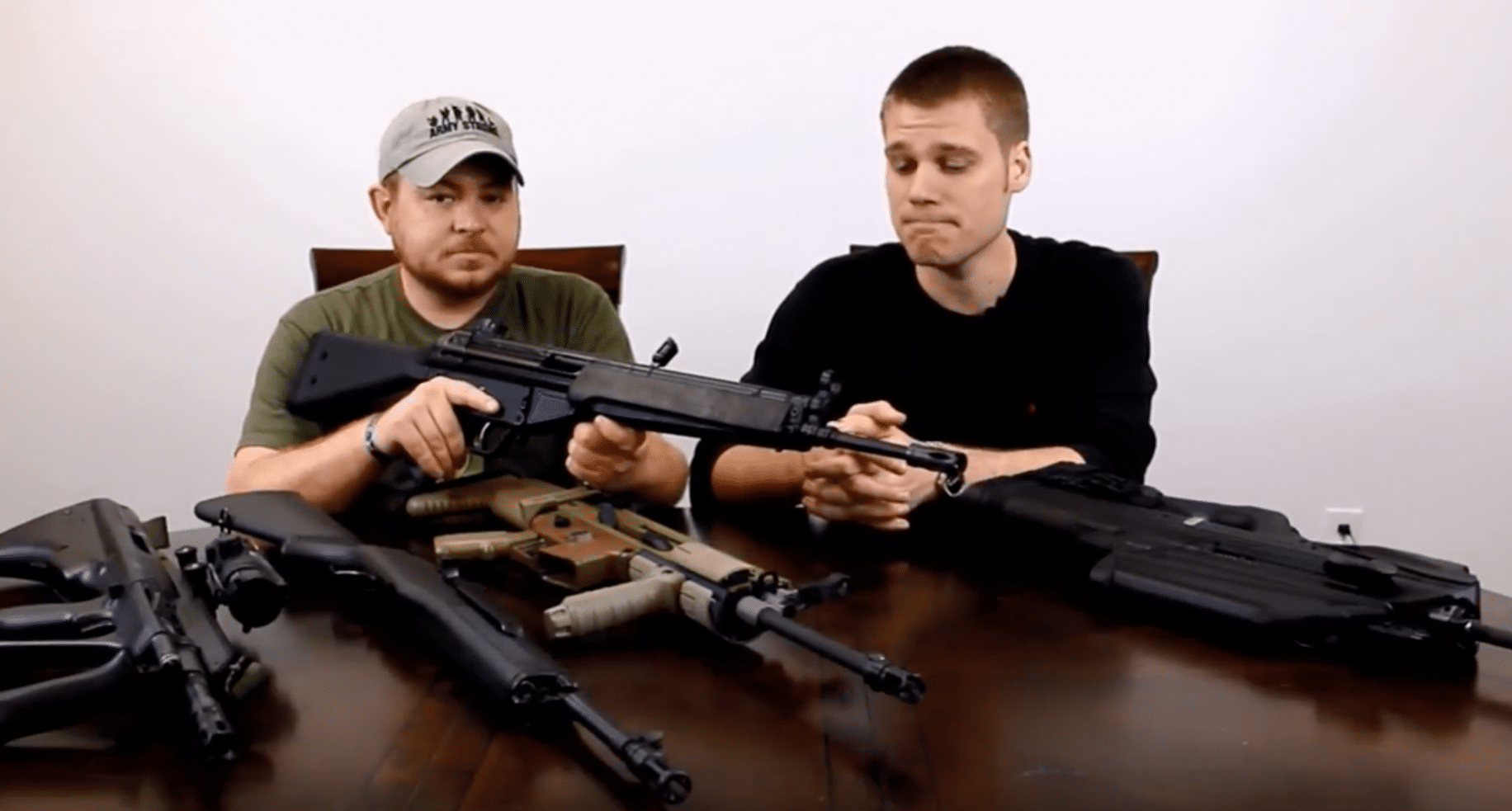 Next on the list is a classic: the Heckler & Koch HK33. Developed in the 1960s and based on the G3, the HK33 has been produced in various forms for more than 50 years.

Not only is the HK33 widely available, but an experienced individual could even buy and build their own. Kits are available starting at well under $500, which makes the HK33 not only affordable, but a great DIY project to take your gun hobby to another level. 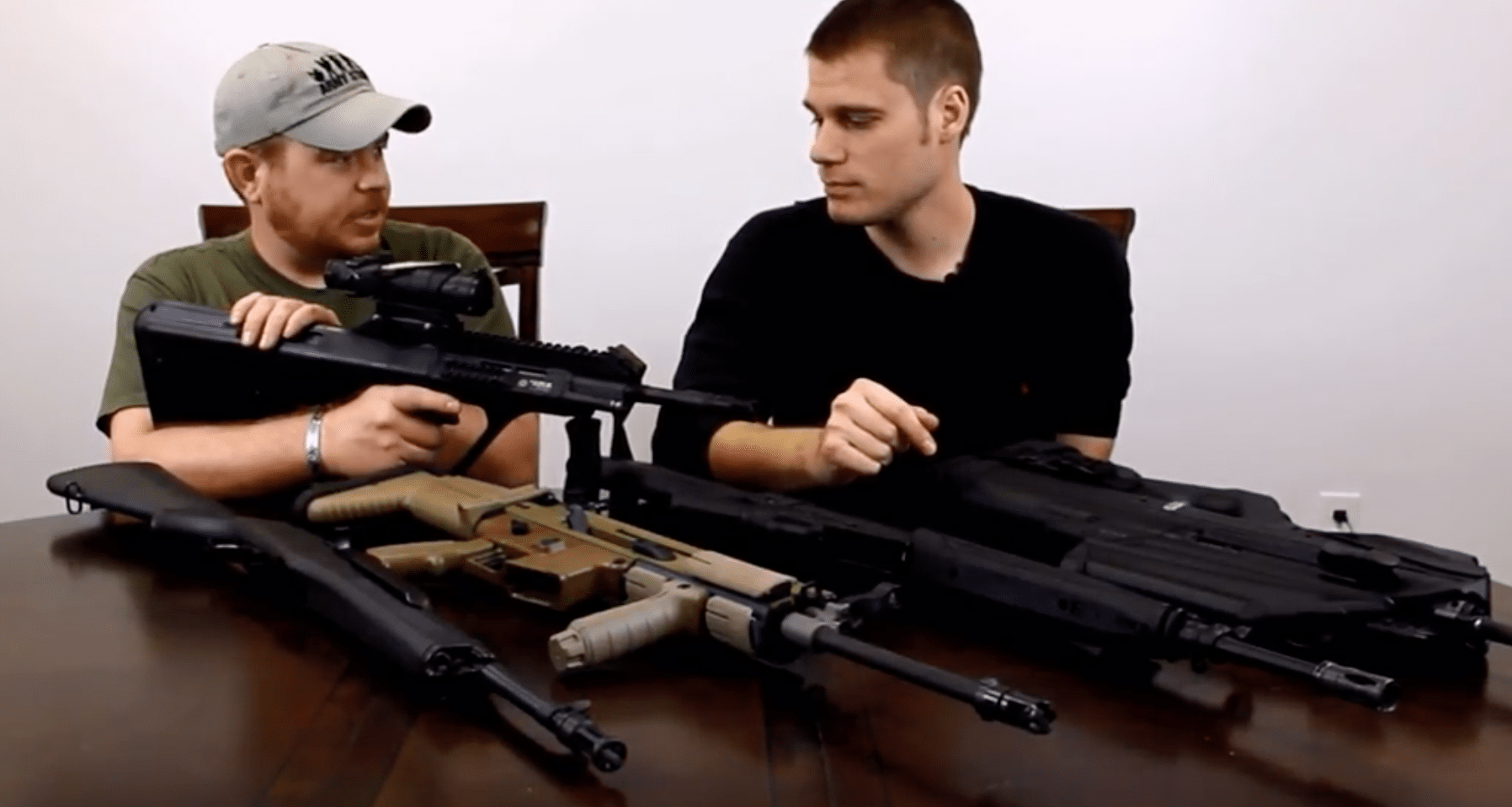 One of the hosts’ favorite guns featured in the lineup is the AUG, or universal army rifle. The weapon has a rough history in the U.S. — banned in the late 1980s, redesigned and changed to fit new regulations, and finally allowed to be imported again in the mid-2000s.

Today, the AUG holds a special place in anyone’s collection.

“If you want a bullpup with history, support, and a proven record, the AUG is the way to go,” the hosts explain. “It’s handy, reliable, accurate, and modular.”