Watch this badass shoot 2 Barrett BMG rifles like a pro

Firing the Barrett M82 sniper rifle requires an immense amount of skill and muscle. Due to its size and weight, the massive sniper rifle is usually fired from a prone position or otherwise supported. The amount of force coming from the gun is enough to knock back just about anyone.

Yet one badass at a shooting event took it upon himself to show everyone up. He fired two Barrett sniper rifles at once – over and over again – and he did it from a standing position.

Check out the awesome video below:

In the video, the individual is seen holding two Barrett rifles under each arm. With a crowd watching, the man fires off seven rounds from the two guns in quick succession. With each discharge, the gun recoils hard against the man, pounding into his arm and ribs.

But in the end, the man conquers both beasts. The demonstration goes off without a hitch, and the crowd shows their appreciation with whistles and cheers. 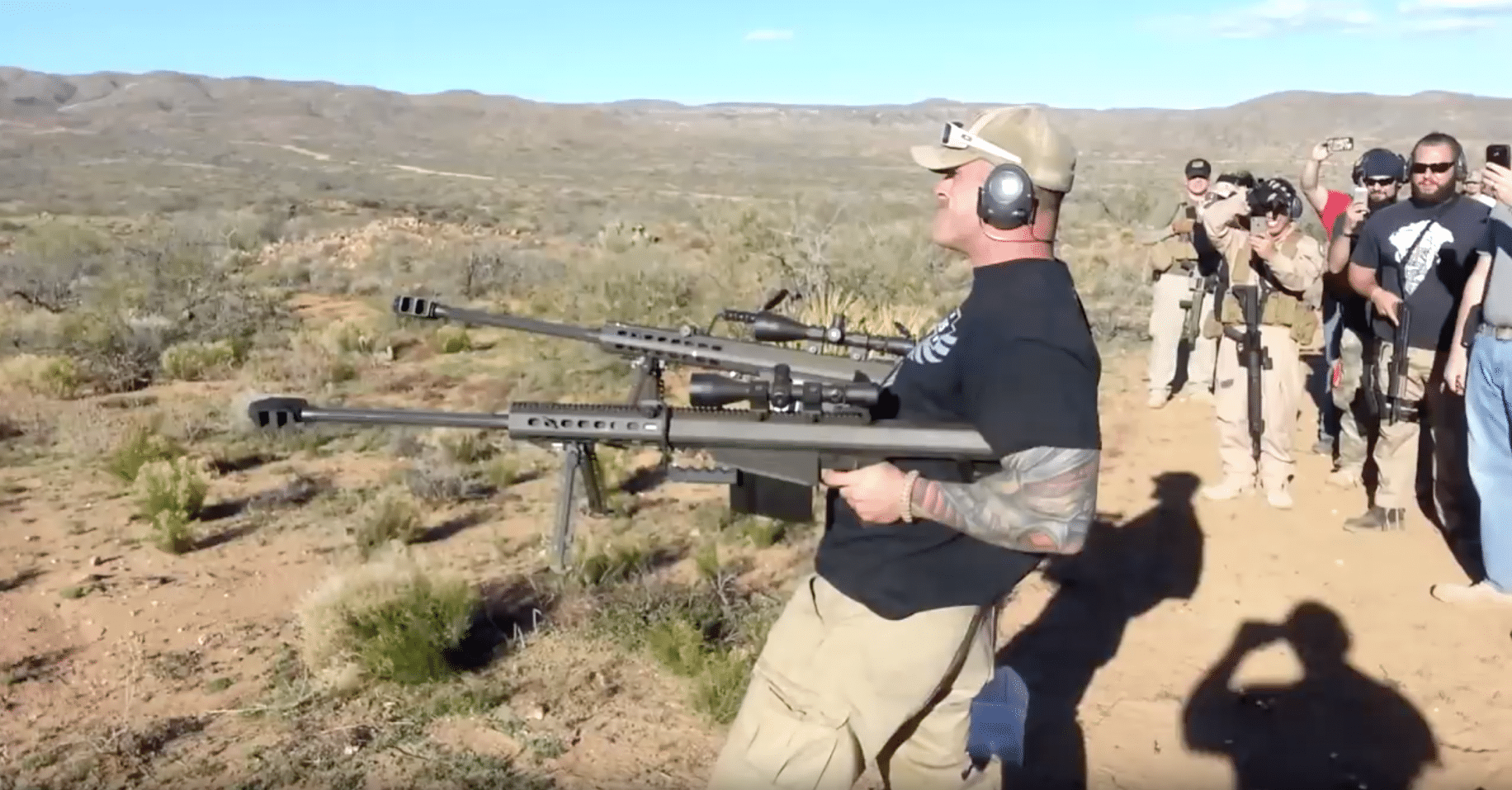 While obviously not the most practical way of utilizing the weapon, the ordeal was certainly quite the sight to see. According to the video’s uploader, the men were gathered for Shockwave In The Desert in Phoenix, Arizona. The multi-day shooting event brings together gun enthusiasts from all over to show off their collections and blow off some steam at the range. Organizers have put together the event for a number of years now, with hundreds of gun owners attending. 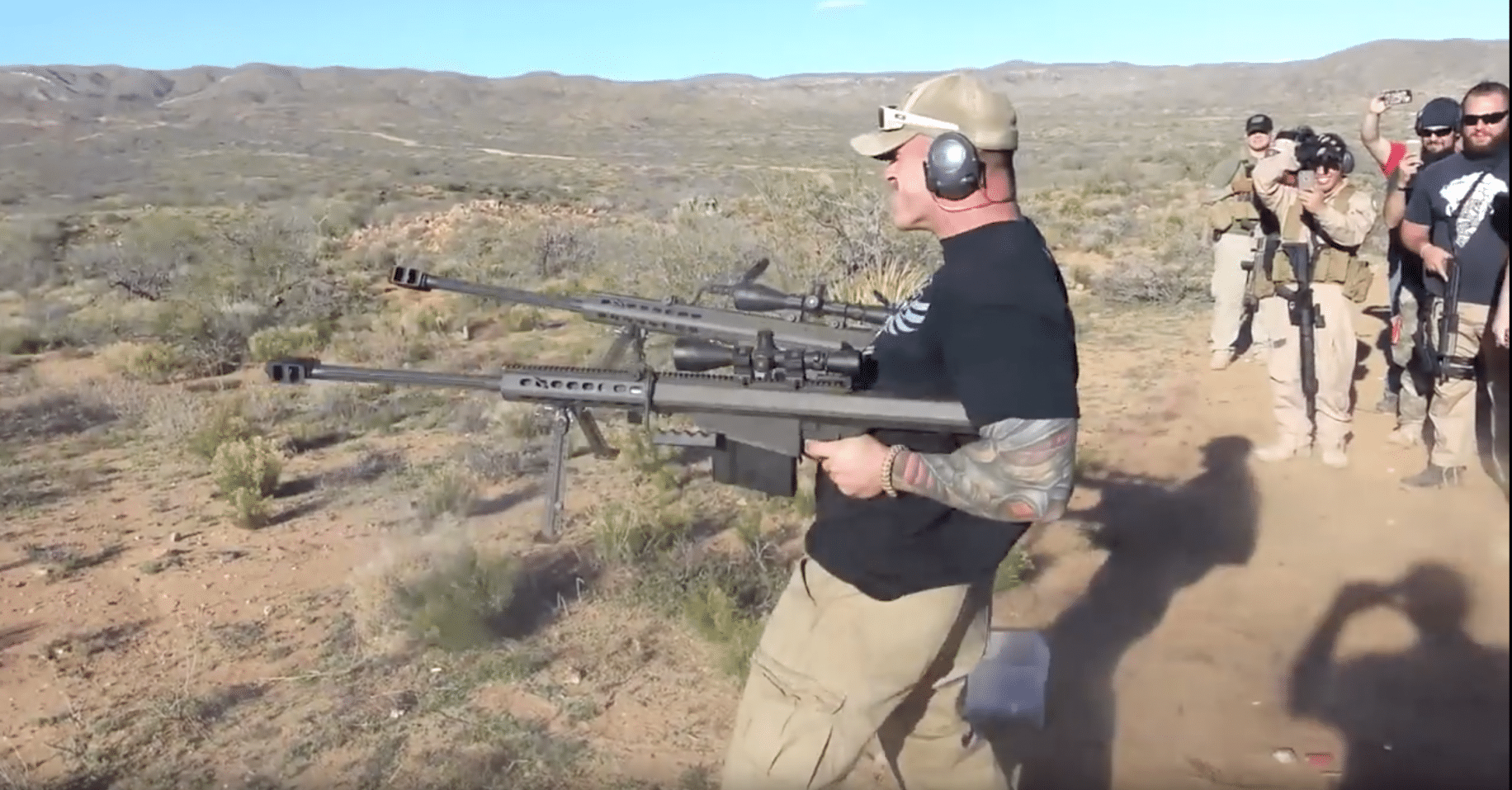 The Barrett M82 is a 30lb 48-inch sniper rifle that is capable of striking targets from nearly 2,000 yards away. Designed in the 1980s by its namesake, Ronnie Barrett, the weapon is still used by the United States military today in Iraq and Afghanistan. 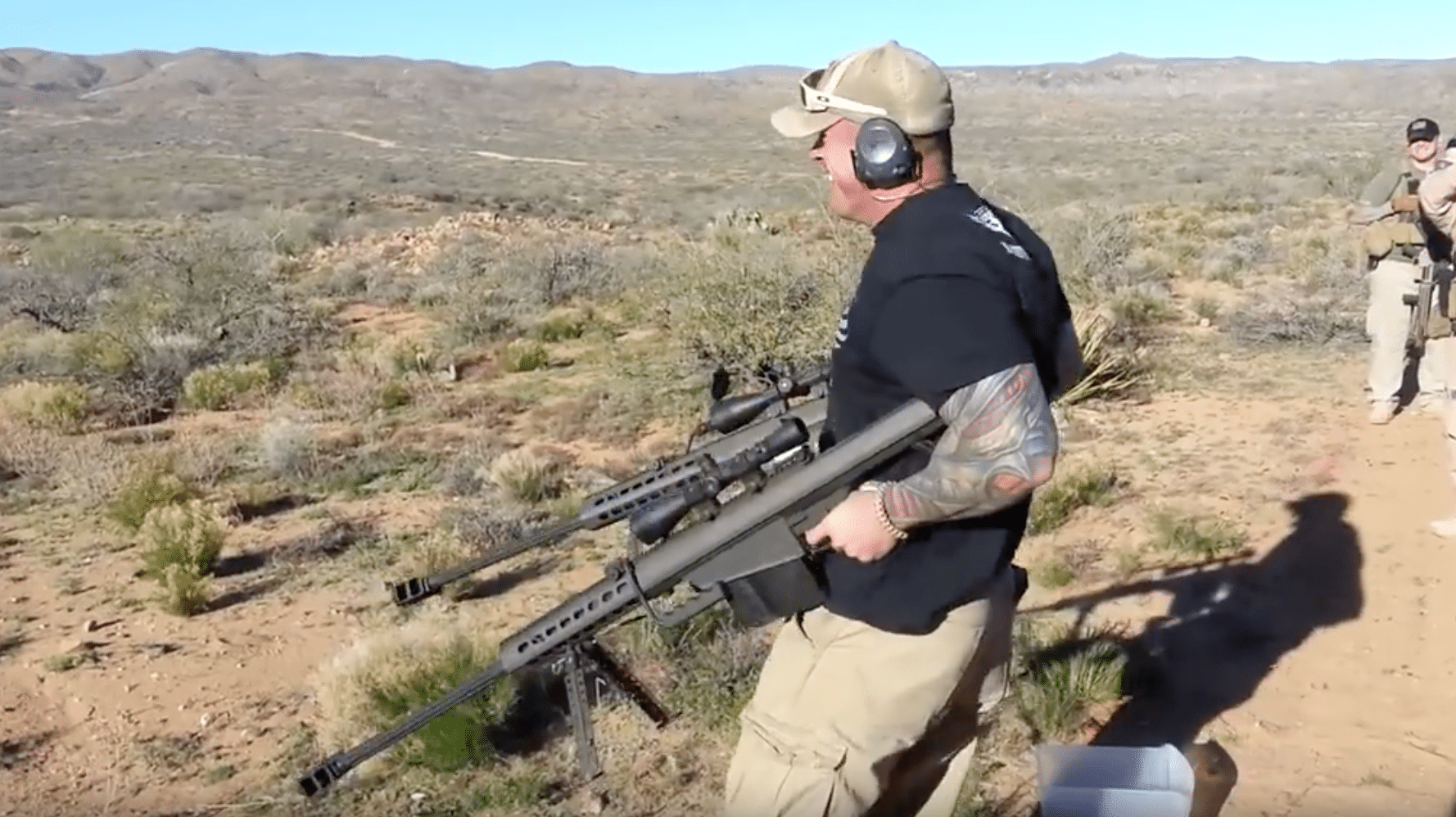 The gun is capable of firing .50 Browning Machine Gun cartridges which contributes to the weapon’s nickname, the Barrett .50 cal. Later variations of the gun like the M107 were lighter and easier to manage, giving way to a nickname of its own: the Light Fifty.