Who Ya Got?: Norwegian Army Leopard 2A4 Tank Challenges An American M1A1 Tank

The modern battle tank is the result of a century of heavy armored vehicle development. Due to their strategic importance, countries invest heavily on having the best possible one.

After the end of the Cold War, the Norwegian Army acquired several German-made Leopard 2A4 tanks. Now, they’re trying to prove that the Leopard 2A4 is at the same level of the most powerful main battle tank in the world, the American M1A1 Abrams tank. 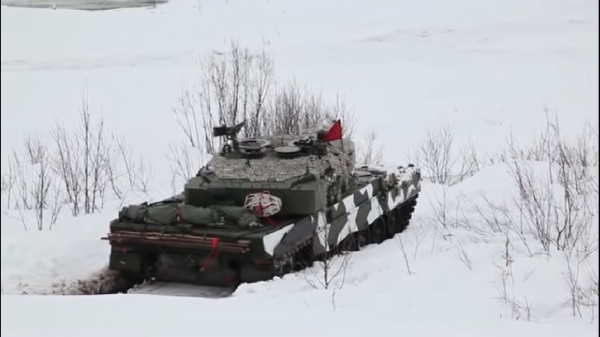 The specs on these two tanks are impressive and the Leopard 2 is often compared to the M1 Abrams because they share definite characteristics. These include a scale-tipping weight of well over sixty tons of advanced composite armor, 1,500 horsepower engines allowing speeds over forty miles per hour and, for certain models, the same forty-four-caliber 120-millimeter main gun produced by Rheinmetall, according to National Interest.

The Leopard 2 and the M1 Abrams can demolish a Russian built tank with ease at both medium and long ranges. Both are capable of handling return fire and both have the capabilities to spot and fire on the enemy before being seen. In fact, National Interest revealed that in a Greek trial, both tanks hit a 2.3-meter target nineteen and twenty times out of twenty, respectively, while a Soviet T-80 scored only eleven hits. 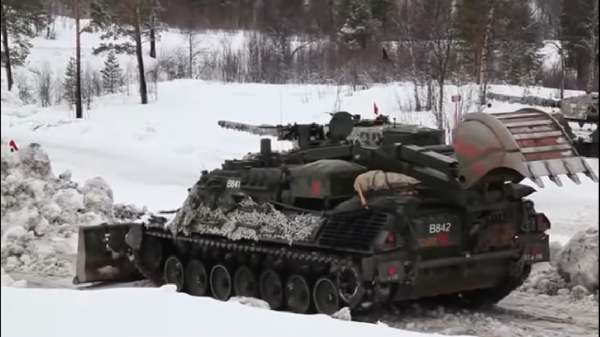 In retrospect, there are key differences between the Leopard 2 and the M1 Abrams. The turbine on the Abrams is loud and is a gas guzzler at 1,500-horsepower. The Leopard 2 runs on a diesel motor and it can go much further without needing to refuel.

The Abrams offensive and defensive abilities re made possible by using uranium ammunition and armor packages, unfavorable to Germans. The Leopard 2 use a more powerful fifty-five-caliber gun.

The Leopard 2 entered service in 1979 and has engaged in battle in both Kosovo and Afghanistan. It was proven to stand up well against improvised explosive devices. This tank serves Germany, Austria, Denmark, Canada, the Netherlands, Norway, Switzerland, Sweden, and Spain militaries. The Germans plan to continue to employ the tank until 2030, according to The Medium.

Watch the video: What do you think?

The Leopard 2 weighs 60.4 tons and has a max speed of 42 mph. It has 800mm thick armor on its front and mounts a Rheinmetall 120mm L/44smoothbore main gun, The Medium stated.

On the other hand, the M1 Abrams is considered to be the best tank in the world. The M1 has all the bells and whistles that new designs across the years has to offer. In 1991, the M1 demolished more than 2,000 Iraqi tanks without losing even one.

The M1 Abrams weighs 62.6 tons with a max speed of 30 mph. It has 700mm composite armor and uses Kevlar lead and ceramic in the armor, giving it added protection. It uses a M256 120mm cannon, which can destroy most armors.