Watch these 55 huge military fails and wins (yes, some include missiles)

Military life can provide some great stories and even better videos. One video collection provides 55 highly entertaining fails and wins in the military. There’s even a missile that goes just 20 feet.

Everyone has seen hilarious bloopers, but few have been able to witness them in military and combat style, like when a sheep tries to attack a soldier. There are even more great clips you may not have seen before.

Not all of the videos are comedic in nature, but are still entertaining to watch.

As the video shows, missiles don’t always go where they are supposed to and neither do obstacles that contain humans! 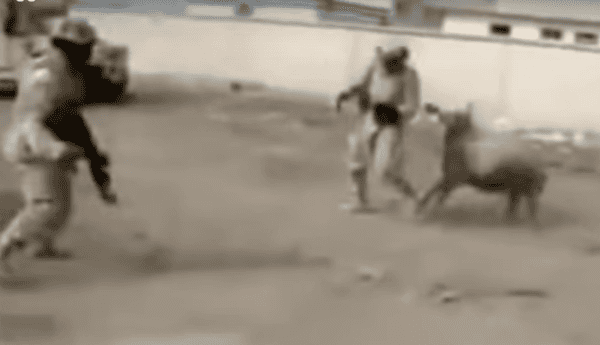 If you ever wanted to see a pole dancing soldier clad in military gear, this video has it. Another soldier takes a literal spin on a floor waxing machine.

What about the soldier in his ghillie suit who whips a grenade that bounces off of a tree, only for it to land right back in his hole?

Have you ever seen a missile soar into the air, split in two, while one side actually tumbles up in the air? You can now.

Watch the video below:

Watch a soldier do air flips on his bike. The first time was a charm, the second, well he was not so lucky.

He may have been friends with the soldier who ziplined into a truck.

Watch the soldier moonwalk on sand, almost as good as Michael Jackson could. 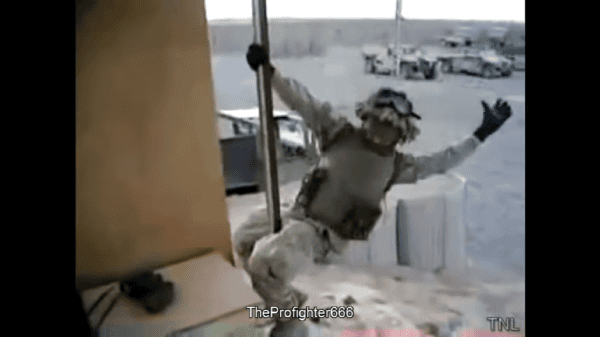 Have you ever seen a tanker crush a vehicle like it was never even there? Check it out!

Watch the missile that couldn’t, you will recognize it when you see it.

Check out the female soldier who tries to do a high-rise kick to another soldier. Epic fail!

It is likely that you have never seen air guitar played on a shovel, but it is a classic indeed.

The video is filled with laughs, gasps, sighs, and is sure to keep you on the edge of your seat.

The clips show that things don’t always go as planned, even in the military but not a soul was injured in this video even though some may not have been really happy, especially the soldier who gets kicked into a huge puddle of nasty water by a fellow soldier.

Just sit back and enjoy a look into the life of a soldier when he gets a chance to finally have that “aha” moment and consider yourself lucky to have had an opportunity to share that.

Here Is What We Know So Far About The Brussels Terrorists

Palestinian Jihad Leader: We Want A Massacre Of The Jews!