Millionaire playboy Dan Bilzerian loves three things: money, guns and girls. And more often than not, he combines those three things to make some of the most ridiculous stunts imaginable for social media.

In a new video posted to YouTube, Bilzerian decides to take a few of his guns out to the desert for some target practice. Rather than shooting down range at a bullseye, he uses drones as his targets. 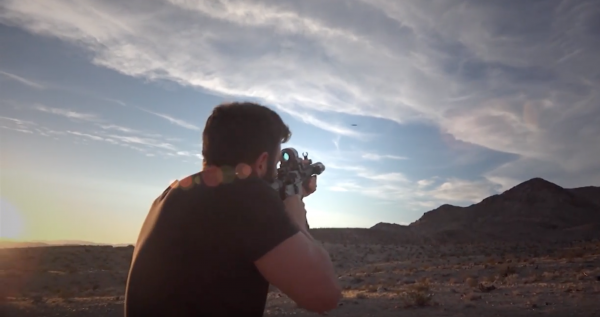 The former Navy SEAL trainee is known to have hundreds of weapons at his disposal. His love of guns even led to a dedicated gun room in his own home that rivals an Army storage depot.

In the video, Bilzerian uses a number of different weapons to shoot a dozen or more high-priced drones out of the sky.

Check out the drone destruction below:

The video consists of Bilzerian firing at a couple model airplanes as well which prove to be quite to tricky targets. The quick moving replica aircraft zoom past Bilzerian as he unloads countless rounds in a flurry of gunfire.

Bilzerian moves from rifle to rifle attempting to knock the objects out of the sky and ultimately decides that a shotgun is his best chance at nailing the target. Upon further inspection after the model aircraft finally hits the ground, Bilzerian remarks that the poor thing was absolutely littered with bullet holes. 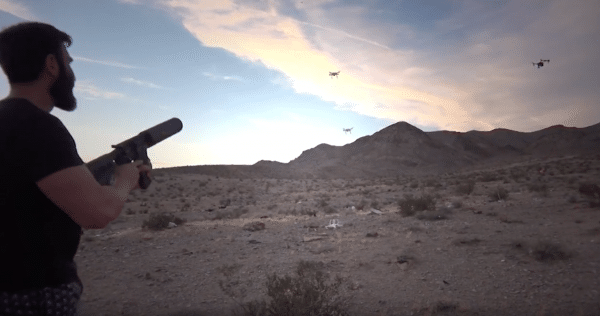 Next up for Bilzerian is an impressive array of consumer grade drones all scattered around and flying in front of him. Once again, the mad millionaire chooses one gun after another in his pursuit to destroy them all.

Never without some eye candy at his side, Bilzerian also allows some bikini-clad models to fire off a few rounds as well. The girls take out a few of the drones themselves in an impressive demonstration of their shooting abilities. 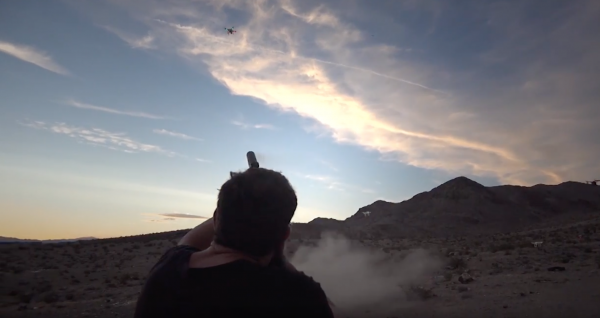 Dan Bilzerian is widely known for his outlandish Instagram pictures that document his lavish lifestyle. Bilzerian claims to have earned his fortune playing high stakes poker, and has since branded himself as the quintessential man’s man by living the dream of just about every teenage boy in America.

Egyptian Officials: Hamas And Muslim Brotherhood Behind 2015 Assassination In Cairo