Aerial refueling allows for U.S. Air Force pilots to fly significantly further without ever needing to land. In combat, every minute matters, and the ability for a fleet of fighter jets to stay airborne to gain precious time could mean all the difference.

As one might imagine, mid-air refueling is no easy task. It requires absolute precision by both the tanker aircraft and the fighter jets. One small misstep could cause a collision or lead even lead to thousands of gallons of jet fuel to start raining down from above.

Check out this video featuring a pair of AV 8B Harriers successfully conducting a refueling mission:

The video offers multiple perspectives of the refueling process from start to finish. To begin, the tanker aircraft, usually a massive Boeing KC-135 dubbed the Stratotanker, deploys its fuel line. Sometimes, the line is a fixed extension of the aircraft. Other times, like in the video above, it is a free-moving hose which only increases the difficulty. 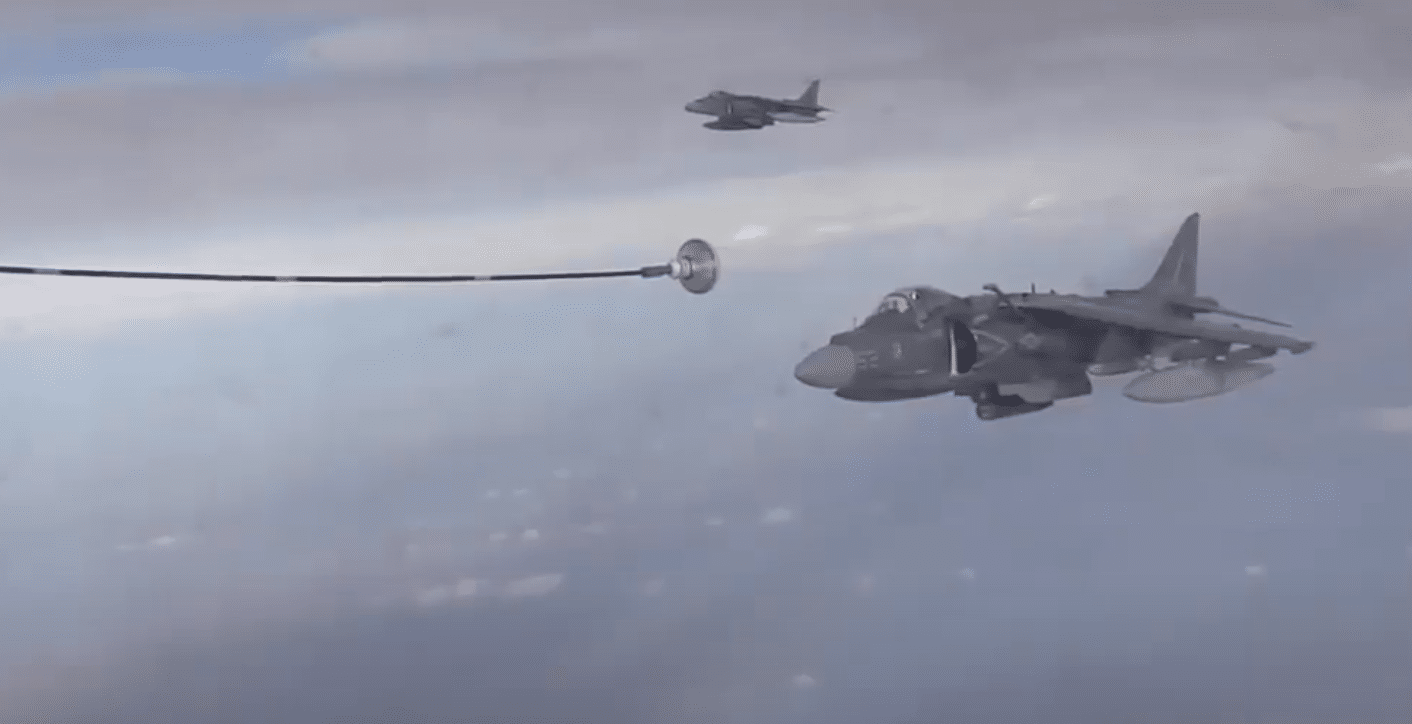 With the line deployed, the harrier jet must carefully approach and then connect to the fuel pump. The pilot of the AV 8B Harrier can only see so much and must rely on a spotter jet and the crew inside the tanker aircraft to help line up. 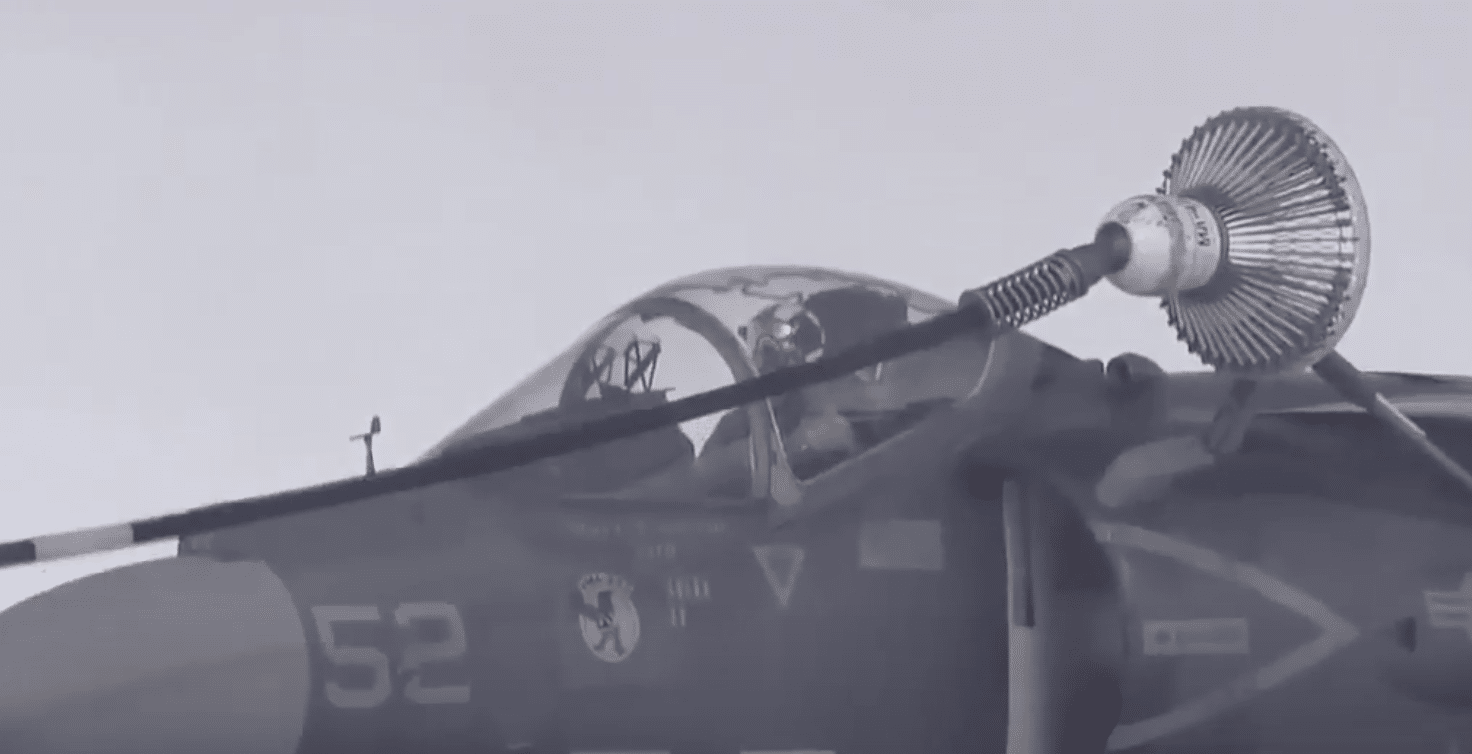 As the harrier jet connects to the line, both aircraft must now fly in perfect unison – precisely the same speed and altitude – for the duration of the refueling process. The aircraft are very much connected to one another by nothing more than a fuel hose that is currently pumping hundreds of gallons of jet fuel.

Any mishap and the line can be ripped from either aircraft, spewing jet fuel in all directions and causing the aircraft to fly erratically from the force. Mid-air refuelings are often the cause of collisions or fires and are considered some of the most dangerous flying maneuvers. 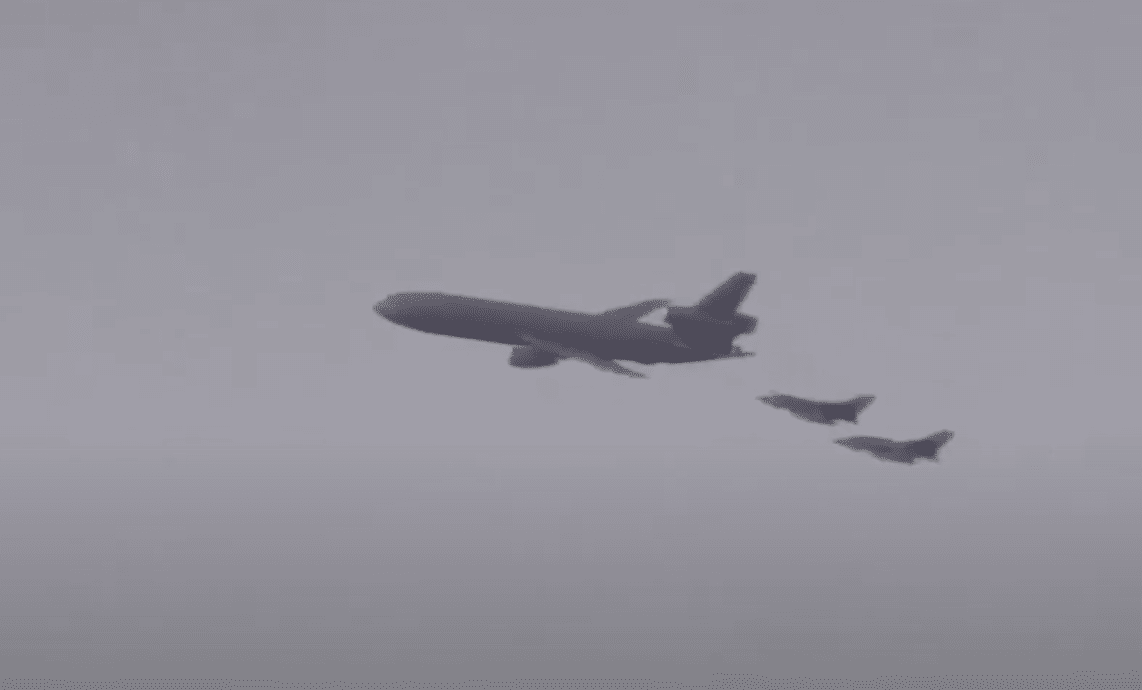 In this case, the mission is a success. The harrier jet is successfully refueled, and the line is drawn back into the tanker. It’s all in a day’s work for the brave men and women of the United States Air Force.