As part of the Exercise Cold Response, an annual joint NATO exercise that involves 12 countries and some 16,000 troops, the Norwegian Telemark Battalion instructed the U.S. Marine M1A1 tankers on techniques of driving tracked vehicles in winter conditions on an ice track in Rena, Norway, Military.com reported.

An M1A1 Abrams Tank is a highly mobile, well-armed, and heavily armored vehicle with a 1,500-horsepower engine designed for modern armored ground warfare. The Leopard 2A tank is the main battle tank of the Norwegian Army. These two tanks are regarded as the best of their type ever built. 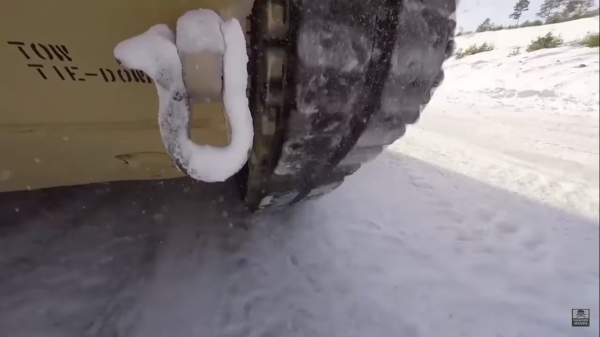 Marines aren’t the only ones that are being trained for icy and snowy conditions; other nations joined in. The United Kingdom, Germany, the Netherlands, Sweden, Poland, Denmark, Canada, Belgium, and Latvia also participated in the exercise.

Through this bilateral training, the Marine Corps’ sought to increase its capability of operating in cold-weather environments, especially with vital heavy equipment.

While it’s unusual to see nearly 70-tom tanks ice skating, the correct term for the maneuver in the video is “drifting,” just as is done with cars in real life competitions or the Fast and Furious films.

Watch it in the video below:

“We don’t get this kind of training on Camp Lejeune. Driving in the snow and hills is something we never do at Camp Lejeune; being out there and learning how to drive in very slick conditions was fun to do,” Staff Sgt. Kyle Lloyd, the master gunner for the tanks of Combined Arms Company Lloyd said.

The drifting technique entails using a specific method of throttling and braking and maintaining and oversteer while navigating turns.

Norway is a preferable place to conduct these exercises in an arctic environment identical to Russia. The exercises help Marines prepare for combat operations in the icy terrain in the event a battle with Russia were to ensue.

The Marines were also being trained to survive a fall through ice and building snow shelters. 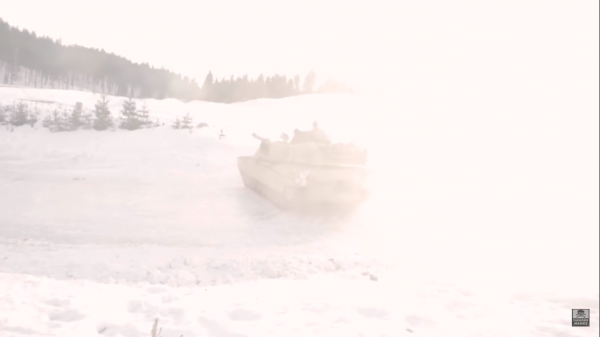 It looks like the Leopard 2 tanks won the skating match.

Norwegian army 1st Lt. Nagnus Babsvik, a tank platoon commander said, “It’s a good thing that the Marines can come here and learn from us.” The troops in Norway have much more experience handling tanks and other vehicles on the rugged and harsh landscape.

Norway has been military allies with the U.S. since the Cold War. The two have assisted each other with training efforts, which have included live-fire drills.