Superstar actor Hugh Jackman has had the chance to play some iconic roles on the big screen. From a monster hunter in Van Helsing to the world-renowned antihero Wolverine, the action star is a household name.

Jackman reached new heights when he took a ride in an F-16 fighter jet with the United States military in 2016. The ride-along was part of a promotional tour for his movie “Eddie The Eagle,” and Jackman’s time in the aircraft was captured on video.

Check out the Hollywood A-lister enjoying the thrill ride in the video below:

For the flight, Jackman was accompanied by United States Air Force pilots at the Fort Worth Air Force Reserve Base in Texas. At the start of the video, one of the pilots confirms that everyone there is a fan of Jackman, and that they are excited to share in the experience.

With the help of some airmen, Jackman gets suited up in his very own flight suit. In addition, Jackman gets fitted in a helmet and oxygen mask before taking in some additional safety information.

After a brief photo-op, it was time for him to climb aboard. 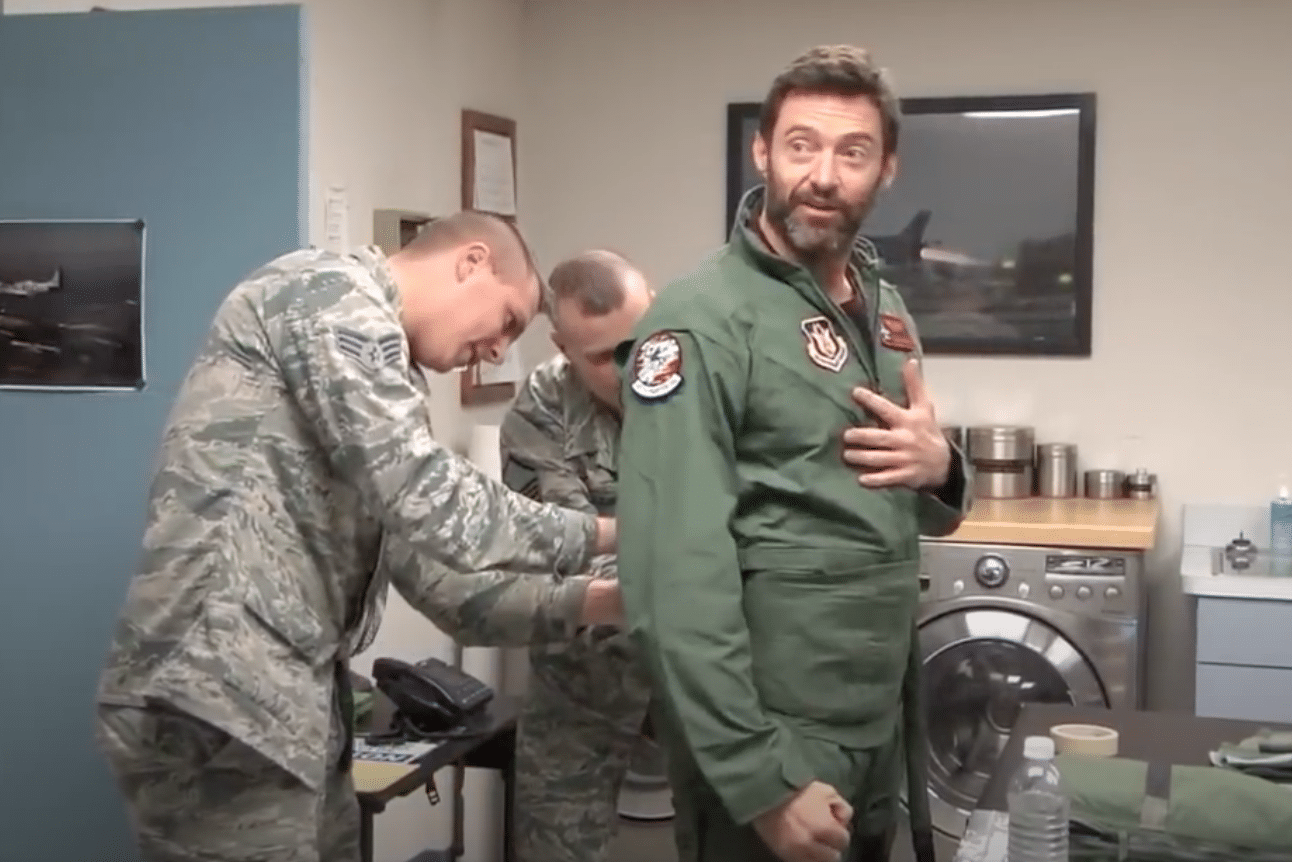 The aircraft chosen for Jackman’s flight was the F-16 Fighting Falcon. A staple in the U.S. Air Force’s lineup for nearly 50 years, the Falcon is a tried and true American-made fighter jet. For this special occasion, the aircraft was even outfitted with the words “Hugh ‘Wolverine’ Jackman” across the side.

The F-16 can fly at speeds beyond Mach 2. It’s also capable of reaching an altitude of nearly 60,000 feet and can even perform completely vertical 90-degree climbs. 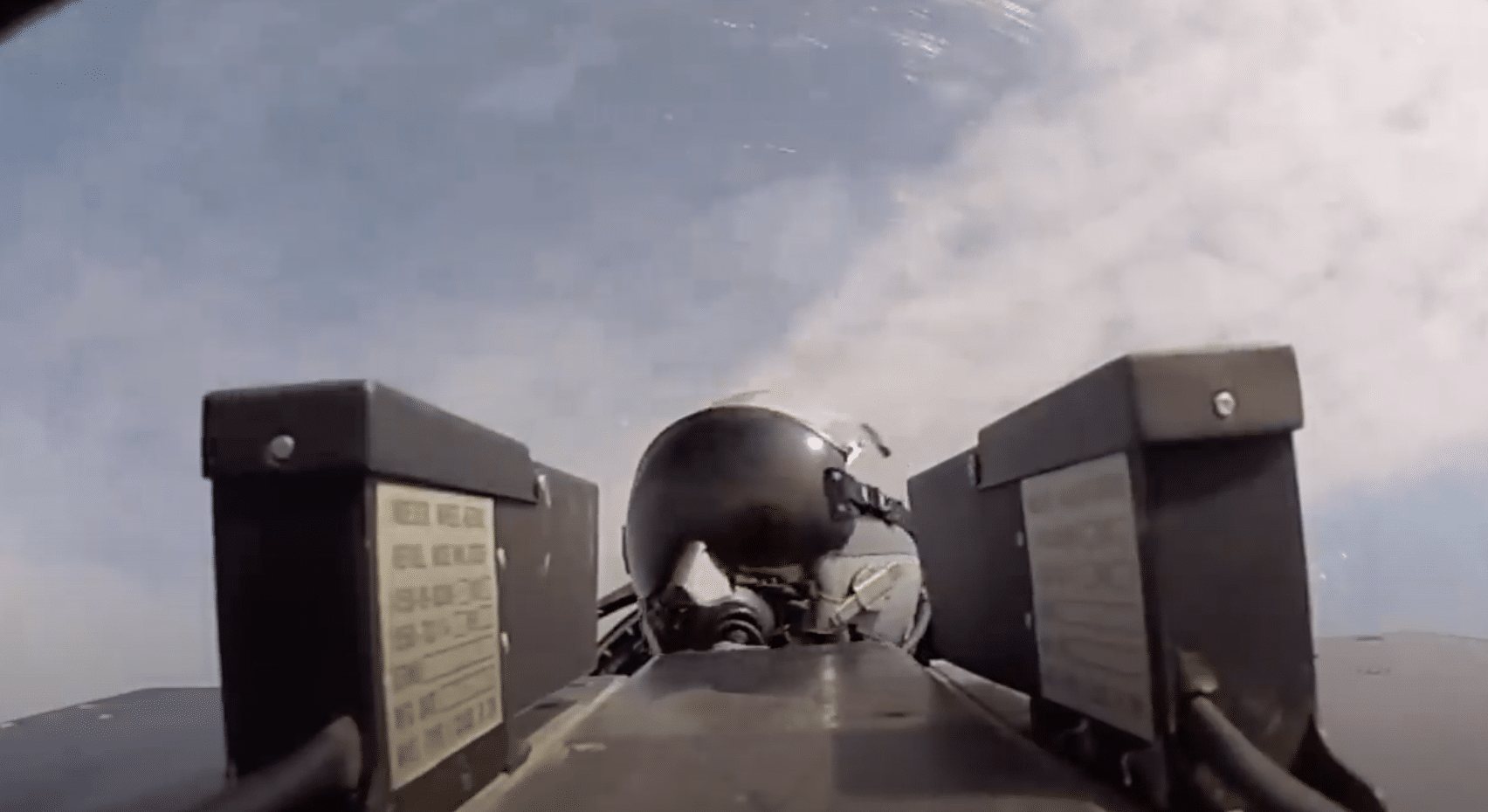 The aircraft’s abilities were certainly put to the test for Jackman’s ride. The cockpit video shows the actor enjoying sharp, banked turns, a vertical climb, and even a few moments of inverted flight. The camera also catches a glimpse of the incredible view from tens of thousands of feet above the earth.

At the end of the flight, Jackman is giddy with excitement. Underneath his helmet, he reveals a smile on his face and applauds the work of the pilot and crew who put the whole thing together.

“That was so great,” Jackman exclaims as he removes his gear. “Thank you so much.”