It’s not often the public gets to see celebrities giving back to the military. Whether they keep their contributions secret, or are too wrapped up in Hollywood to take pause and recognize the troops, the public generally enjoys seeing the stars humble themselves by interacting with the troops.

Mark Wahlberg is one of the celebrities that repeatedly visits the troops — and publicly. In 2010, the man who brought “Lone Survivor” to life took a trip to Camp Dwyer and COP Azadi in Marjah, Afghanistan. 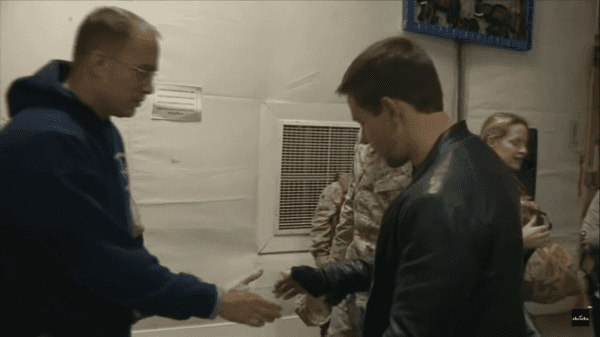 Wahlberg took pictures with the troops and even held some big guns for the poses. He also signed some autographs, and delivered a speech to the soldiers at both locations.

He gave a speech on behalf of all Americans which was received favorably. Upon his introduction, Wahlberg had said that it would be tough to be away from his family for five days, so he couldn’t even begin to imagine how these soldiers feel being away from their loved ones for so long.

Check out some great behind the scenes footage here:

Wahlberg had an opportunity to get a really good look at the way the troops function and live. He also visited the hospital where the troops are cared for, taking the time to ask them about their injuries, their deployments, and more. Fans even got to see him dressed in some real combat gear too.

Wahlberg took his time with every soldier that crossed his path, making sure to shake their hand and thank them for their service. The troops seemed thrilled with his visit, and judging by the time he spent with them, he appeared to enjoy it as well.

He never hesitated to take photos with the troops on base despite many requests seen in the video. In the sweltering Afghanistan heat, Wahlberg even posed for pictures with a long line who soldiers who couldn’t wait to get their photo and send it to their families. 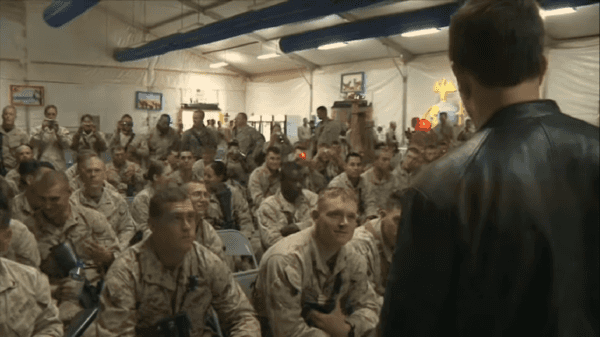 Wahlberg allowed the troops to see a special viewing of his new movie, “The Fighter” as a kind gesture for their service. The movie netted $129.2 million at the box office and was nominated for Best Motion Picture of the Year in 2010.

Wahlberg stars in the movie, which is based on the story of Micky Ward, a young boxer who doesn’t want to be known for his older brother and who has risen to fame as a boxer but wants his own chance at greatness, according to IMBd.

Is This The Best Trained Doberman You've Ever Seen? (VIDEO)