A Marine Expeditionary Unit (MEU), formerly called Marine Amphibious Unit, is the smallest Marine air-ground task force in the United States Fleet Marine Force. It is commanded by a Marine Colonel and consists of about 2,200 Marines and Sailors. Each MEU is an expeditionary quick reaction force, deployed and ready for immediate response to any crisis, whether it be natural disasters or combat missions.

The Aviation Combat Element (ACE) is a Marine composite squadron (reinforced) composed of a medium tilt-rotor squadron augmented with detachments of heavy, light, and attack helicopters, one detachment of amphibious flight-deck-capable jets, and a Marine air control group detachment with tactical air command, air traffic control, direct air support, and anti-aircraft assets, as well as wing headquarters, wing communications, and wing support squadron personnel. Because it’s sea-based, it has to undergo a deck qualification exercise for deployment certification like the one in this video. 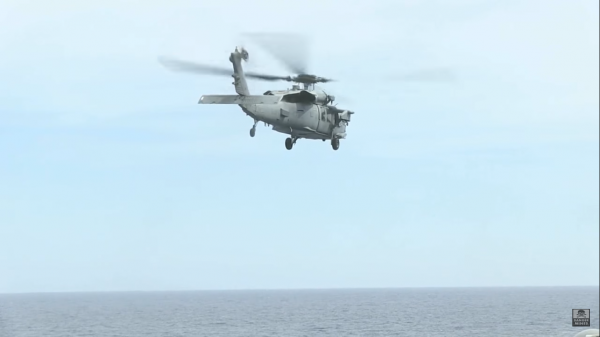 The ground element is comprised of about 1,200, and is built around an infantry battalion that provides the over-land combat power for the MEU. Their infantry includes medium and heavy machine guns, mortars, combined anti-armor teams (CAAT) and scout snipers, according to the Marine Corps.

The Aviation Combat Element (ACE) is a way for newer technology to be introduced to the Marines to enhance their warfighting capability for the air/ground team, according to the Marine Corps. 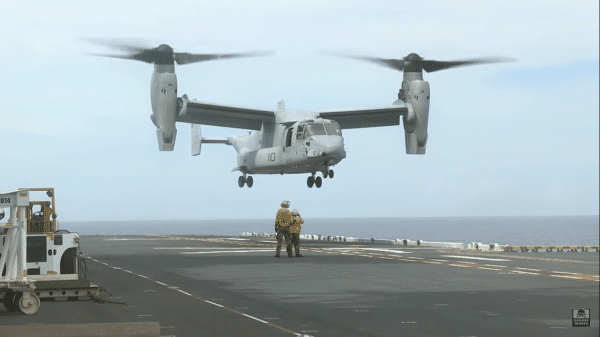 About 300 Marines and Sailors make up the logistics element, which delivers supply, maintenance, transportation, explosive ordnance disposal, military police, water production and distribution, engineering, medical and dental services, fuel storage and distribution, and other services to the deployed MEU, the Marine Corps said.

The structure of the Marine Expeditionary Unit makes it able to function in places where there aren’t any U.S. bases, on land, in air and in water. The combination of elements ensures the power needed to provide continuous firepower is always there.