US soldier brushes off sniper near miss like a boss

In war, you must always expect the unexpected. However, we’re all human, and being shot at by a sniper is unnerving. Except for one soldier in this video.

This rare camera footage came from the cam in the soldier’s helmet. While in Kandahar Province, he was firing on Taliban forces when his life was almost taken by a sniper. 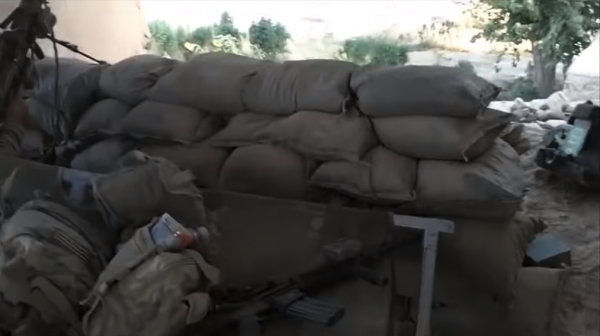 This soldier wearing a helmet cam is from the 1st Infantry Division, 1st Brigade, 2-34 Bravo Co, 3rd PLT Reapers while fighting during Operation Enduring Freedom in Afghanistan in 2011.

A Taliban shooter from off in the distance nearly hits the soldier, but he never wavers. Instead, he continues on with his mission.

Check out the soldier’s reaction in the video below:

The sniper round lands in the dirt right before him. He says an expletive before warning his fellow soldiers to take cover.

“Hey, they got a sniper, man. He just hit in front of me here, baby,” he calmly calls across to yard to another soldier. “Get some cover, brother.”

He then resumes his duties making weapon corrections as if he didn’t nearly suffer a fatal sniper shot.

The firing of bullets is profound, and it doesn’t stop. All you can hear besides the waves of bullets are the orders and secret codes being belted out by the brigade. 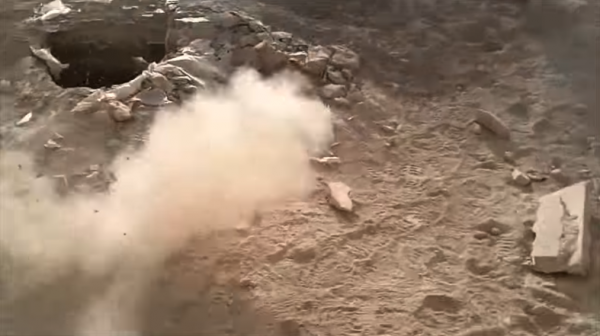 A sniper round nearly hits a soldier in Afghanistan. (Funker530/YouTube)

Following the terror attacks on 9/11, the U.S. interceded in the Taliban’s control in Afghanistan under the orders of President George W. Bush.

Many U.S. forces have left Afghanistan, but some still remain.

In the video, these guys react in less than a second’s notice to incoming waves of bullets. They are shielded from stacked sandbags as their only form of cover while they await their next order. 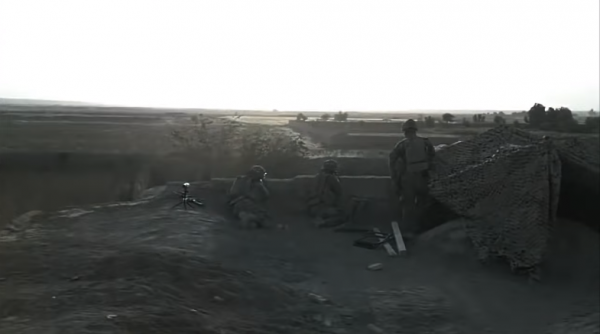 A sniper round nearly hits a soldier in Afghanistan. (Funker530/YouTube)

The enemy bullets often land within inches of the soldiers, who remain calm and steadfast in the worst situations imaginable.

“Incoming, incoming” is a warning heard repeatedly while soldiers assess the area where the bullets originated from. They can’t always spot the enemy, but they find them by the gunfire. This is when they take their defense to the next level.

Video Captures The Moment 1,400 Workers Found Out Their Factory Jobs Were Being Sent To Mexico