Watch the top 5 most powerful explosions in history

Explosions, both natural and man-made, can result in mass destruction in a matter of seconds. Often times, the biggest explosions can cause enough devastation that the effects can be felt for generations. Cities are reduced to rubble, lives are lost in an instant and the earth is left with a permanent scar from a single moment of unfathomable energy.

In an attempt to rank some of the biggest explosions of all time, Dark 5 offers a glimpse of the most memorable and catastrophic events in history. Whether they’re the result of war, science, accidents, or other events, each explosion is unique in its own right.

First on the list is an explosion that was a result of a catastrophic failure. In 1969, the Soviet Union’s N1 heavy-lift rocket blasted off on its second launch attempt. A loose bolt ended up destroying a fuel pump and caused 29 of the rocket’s 30 total engines to shut off mid-flight.

Nearly 2,500 tons of liquid oxygen and kerosene reacted to produce the biggest non-nuclear explosion in human history. Just two weeks after the N1 failed to take flight, the United States landed on the moon. The Soviet’s space program would be delayed for another 18 months.

While competing to be the first to send a man to the moon, both the U.S. and Soviet Union were also in the midst of a nuclear arms race. The most powerful man-made nuclear weapon ever created, the Russian Tsar Bomba, was tested on Oct. 30, 1961.

The resulting explosion from the Tsar Bomba was the equivalent of 50 megatons of TNT. A 35-mile high mushroom cloud could be seen from hundreds of miles away, and buildings and structures were inadvertently damaged because of the test. To this day, the Tsar Bomba remains the largest man-made explosion to ever occur. 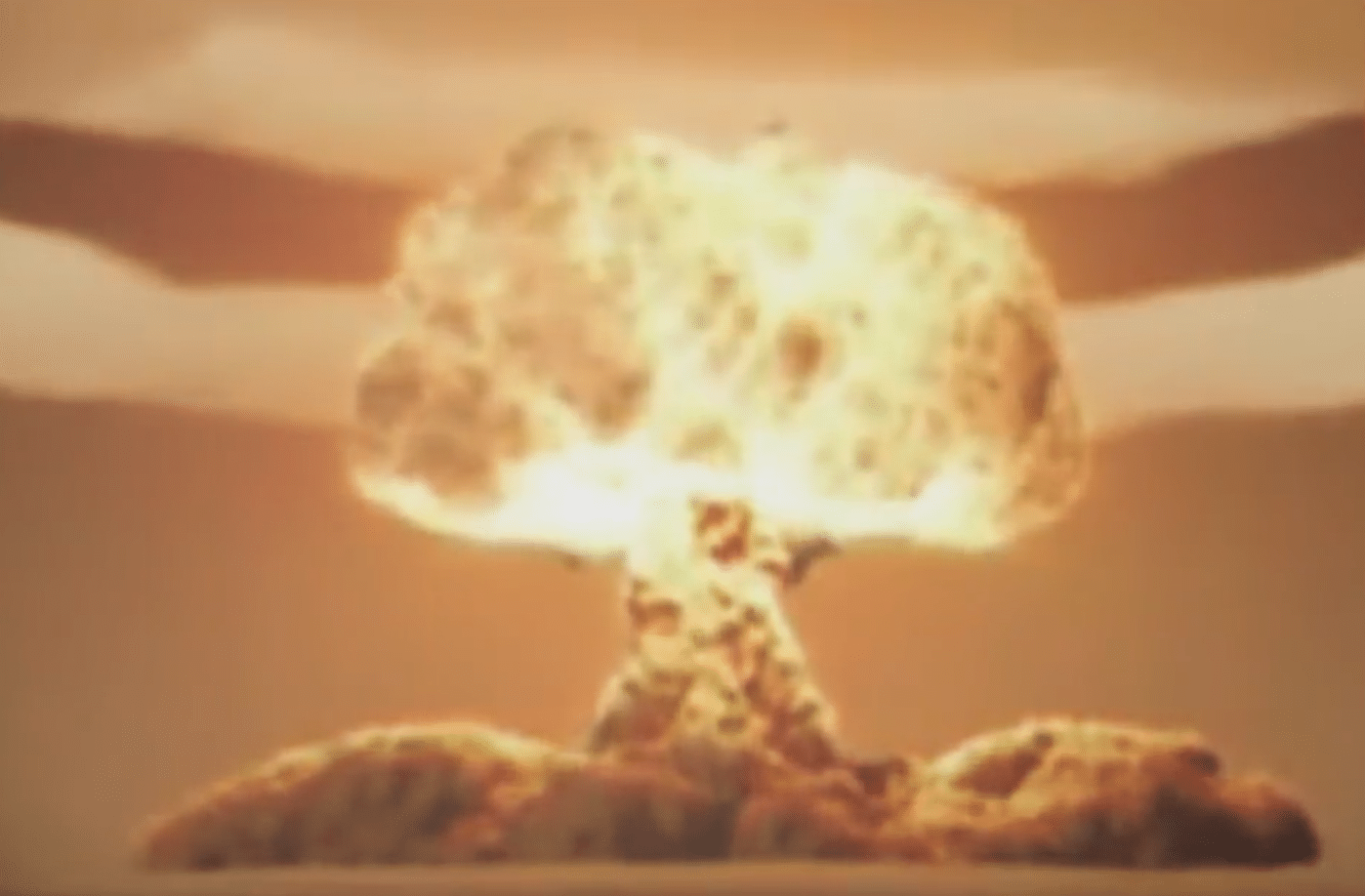 Although human beings have done a nice job conducting massive explosions on their own, it is easy to forget that the earth likely experienced countless mega-sized blasts long before the dawn of man.

Scientists theorize that the earth likely collided with a Mars-sized protoplanet nearly 4.5 billion years ago. The event was also suspected of causing the moon, as we know it today, to form.

Of course, the biggest explosions ever conceived occurred during the formation of the universe. From supernova explosions to the Big Bang, the reactions of the elements in the universe have produced explosions of immeasurable force. In the millions of years to come – long after life on earth ends – the universe will continue to be in a state of constant change as a result of the countless mega-explosions that may occur.