Watch the most ridiculous explosion fails from people screwing around

Explosives are obviously a very dangerous thing. They’re used by the military to destroy enemy positions or, if altered, during fireworks displays, special celebrations, and several other fun occasions. There are times when explosions rock the entire world, like that of the Space Shuttle tragedies, and there are times when you can’t help but laugh.

However, things don’t always go as planned. Just ask anyone who’s nearly blown their hand off in fireworks accidents. It could get really messy. 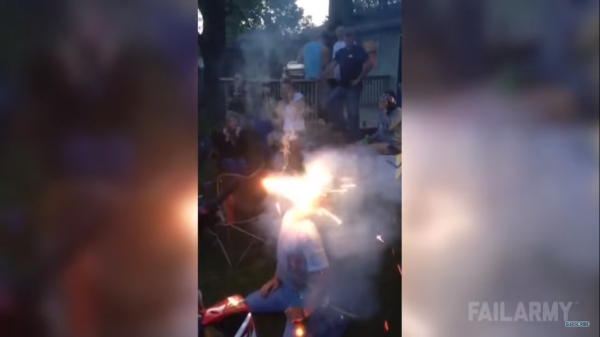 Nonetheless, it’s entertaining to see when things blow up, the way it was intended or not, like in this compilation. It will blow you away — no pun intended.

Did you know that placing a hot glass baking dish on a cold countertop will result in an explosion of glass shards? Someone in this video found out the hard way.

What about those curious folks that are prepared for an explosion that goes awry, but they return only to find out that the explosion was a bit delayed?

Take a look at the compilation video below:

Anyone planning to shoot explosives from a bow and arrow had better make sure they have a perfect aim, always.

Adding explosives to a freezer will result in the fridge blowing up. Was that even a question? And some people just can’t help themselves from adding fuel to a fire, as in the case with many fire pits.

Fireworks seem to be the primary cause of some of the worst and funniest of all explosions. They are just too good to pass up sometimes. Maybe it is the reactions of the people in those videos where they risk their life in one second only to follow up with an exclamation along the lines of “that was awesome!” 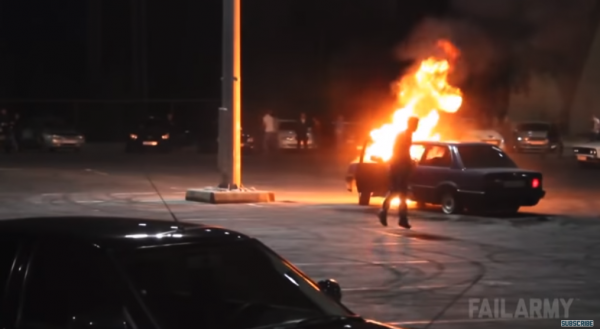 Accidental mishaps happen; thankfully safety goggles are required for school experiments! Is there even an accurate count of how many people lost their eyebrows in accidental explosions?

It’s never good when something comes off the side of the road and explodes right in front of you while driving. When a car spins round and round, it just has to blow up. Who thinks of returning to an inferno to grab their jacket? 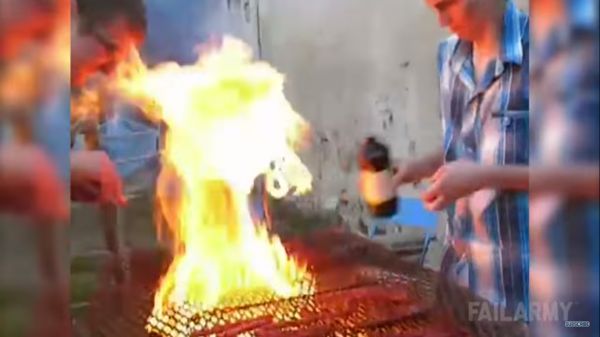 Sometimes even water explosions can be dangerously funny too but never underestimate the power of a nut that just came out of the oven and wants to shed its shell.

This is the reason why “don’t try this at home” labels are on everything.