Counting down some of the craziest boat crashes and mishaps caught on camera. (Pryme/YouTube)
February 27, 2016 Editorial Staff
Share
Tweet
Flip

Maneuvering a boat – both big and small – is no easy task. Whether it be the captain of a cruise ship or a novice weekender out with the family, driving any sort of watercraft requires the individual to have some amount of skill. Unfortunately, not everyone who takes the helm is capable, and often times boating accidents wind up being a significant catastrophe.

Check out the video below of some harrowing boating accidents and ship disasters and try to decide what went wrong:

Interestingly enough, the first clip showcasing a cruise ship running aground is no accident at all. The behemoth boat has met the end of its life, and its final destination is the scrap yard where it will be torn down and recycled.

In order to get such a massive boat on land to be worked on, often times the easiest procedure is to simply run it full speed ahead towards the beach. With enough momentum, the ship will slide into the scrap yard to its final resting place before being dismantled. 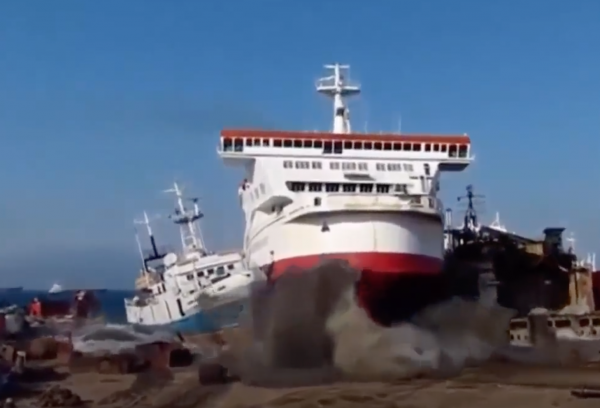 The second clip however seems to document a nearly unfathomable interaction. In the wide open ocean, two ships appear to come together and collide with one another. With sirens ringing and the crew braced for impact, the boats smash, scrape and slide against one another before finally coming apart.

While accidents like these seem improbable, the sheer size of some ships make simple tasks like turning, slowing down or stopping very difficult. Their sailing paths are often mapped out far in advanced, and any change in course could require significant preparation and miles of notice if even possible at all.

In one particularly destructive clip, an exceptionally tall riverboat smashes hard into a steel bridge. And it isn’t just a few antennae or a flagpole that get taken out. A huge portion of the upper desk is ripped off, the smoke stack is toppled and the beaten and battered ship has no choice but to continue forward as the bridge gets the best of it. 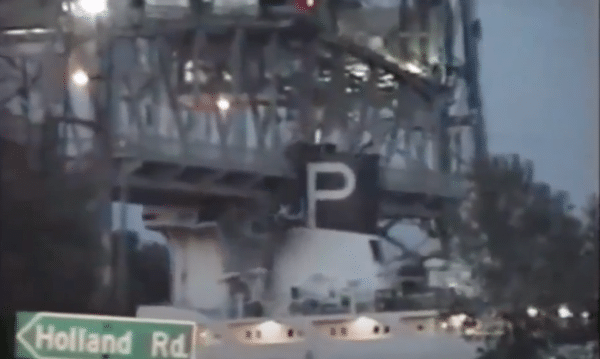 From rivers to lakes to the unpredictable sea, there is no doubt that being on the water has the potential to be dangerous for anyone who may be unprepared.