In a move that can only be described as an attempt to humiliate the United States and its military, Iranian state media released a series of photos showing one of the captured U.S. sailors crying.

On January, 10 U.S. sailors were detained by the Iranian Revolutionary Guard after their ship supposedly drifted into Iranian waters.

While the sailors were released the next day and the situation seemed to be diffused, the Iranians began a propaganda campaign using footage from the events sliced up and edited with music to make the Americans look weak.

Now Iran, who has received over $100 billion from the U.S. following the nuclear deal, has gone a step further and published pictures and footage of a sailor weeping, which have gone viral on social media. 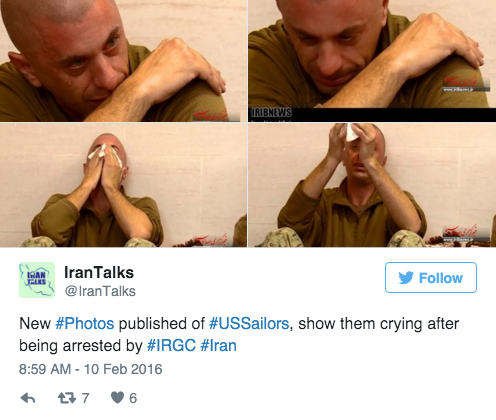 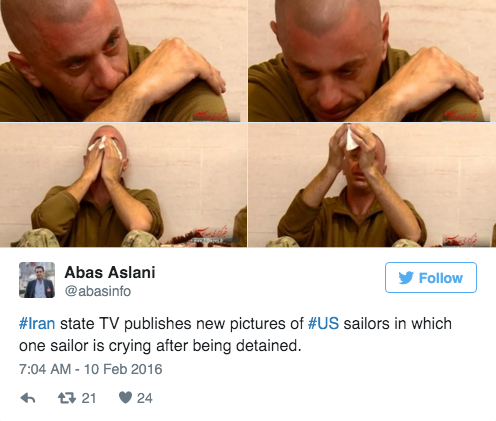 How should the U.S. respond to this disrespect? Share your ideas in the comments below!