Late night talk show host Conan O’Brien agreed to train with the Military’s Working Dog Unit in Qatar for a segment on his show, and the result was as hilarious as one might expect.

O’Brien even took part in a demonstration where he dressed in a suit of armor and had a working dog chase him down. 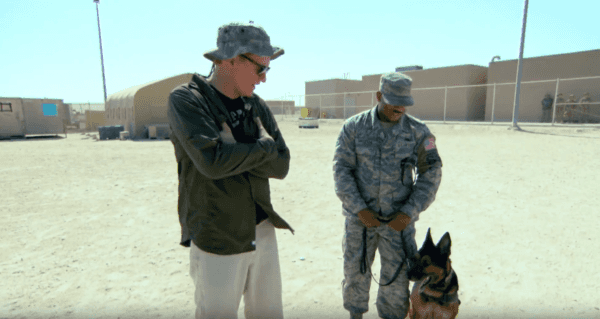 The men of the Working Dog Unit explain to O’Brien that the canines are used primarily to detect explosives and drugs. However, in certain situations, the dogs can also be used as a non-lethal weapon to eliminate threats.

Check out the entire segment from O’Brien’s show in the video below:

The first part of the video featured a German Shepherd named Astor running through an obstacle course. The dog skillfully crawled through a tunnel, quickly ascended up a ramp and leaped over barriers.

O’Brien, not to be outdone by Astor, proclaimed that he could, in fact, maneuver through the course better. The 6-foot-4 O’Brien flopped through the miniature obstacles and rolled around in the dirt in his khaki pants and dress shoes to demonstrate his point. 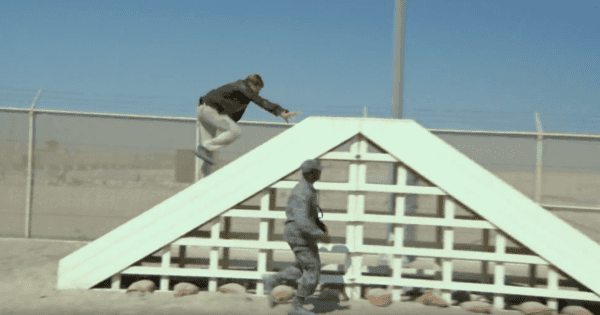 It was then time to demonstrate just how capable the working dogs are in taking on a combatant. In a controlled demonstration that included a soldier in a padded suit, Astor quickly chomped down on the arm of the man who attempted to run away.

It was then O’Brien’s turn to subject himself to the highly-trained German Shepherd. 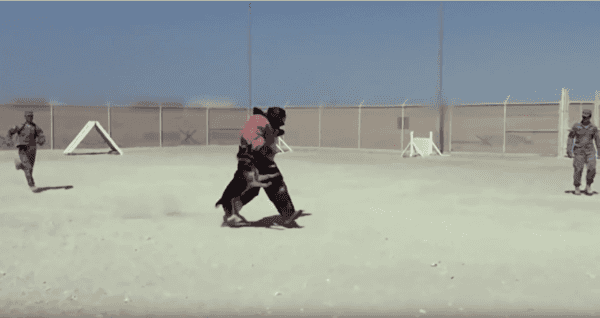 “I’ve done stupid things, but this is maybe at the top,” O’Brien says to the camera. The comedian is dressed from head to toe in his own padded suit that also features a caged mask and helmet.

The successful demonstration saw O’Brien attempt to shuffle away from the working dog before it was finally released on him. O’Brien is quickly run down in a matter of seconds. He then gets bit on the arm of the padded suit and dragged to the ground.

“It’s funny, the dog really kicked the sh*t out of me, and I love him. He’s really a great dog,” O’Brien says after the demonstration.

The U.S. Military currently utilizes more than 1,600 working dogs around the world.