European physicist Andreas Wahl wanted to display a theory in the most insane way possible — by putting himself in front of a loaded rifle.

Yes, this SIG SG 550 military rifle was underwater, but it is hard to feel comfortable without a solid structure between you and a rifle, especially when we’ve seen a bullet shoot through water on TV.

However, something different happens when a rifle is fired while submerged in water, perched on a tripod and aimed right at Wahl’s belly. 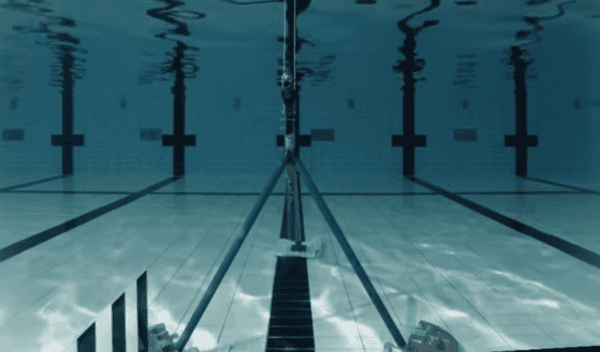 After Wahl announces the incoming shot and counts down, the rifle releases a bullet with fury, but something odd happens.

Watch how it goes:

While the blast from the rifle causes the water to churn with a mighty force, it stops suddenly. The bullet moves no farther, somehow suspended momentarily, and drops to the bottom of the pool.

With a sigh of relief, Wahl smiles and retrieves the spent bullet, then does a celebratory swim off. He knew what would happen, or at least he was confident in his theory, but accidents do happen even with the wittiest physicists.

Wahl set out to show the density of water molecules, proving that water is 800 times denser than air.

Although the bullet fired with the same power as it would have through air thanks to waterproof gun powder, the water provided so much resistance that it limited the effective speed and range of the round. The difference in water pressure in front of and behind the bullet also played a role in the water’s resistance. 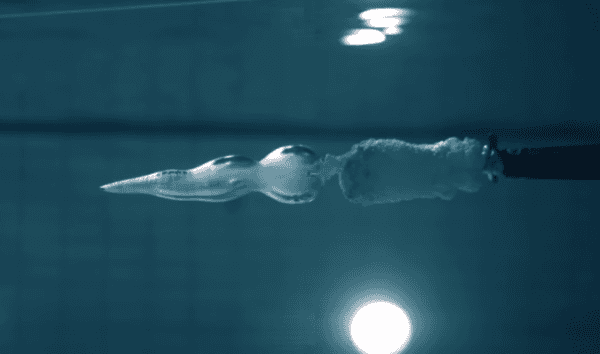 As part of the Norwegian Broadcasting Corporation science program Life on the Line, Wahl puts himself in risky situations to demonstrate the power of science.

In another one of Wahl’s risky stunts that had everyone talking, he jumped 45-feet from a building with no safety devices. Wahl secured a rope to a pipe and then to himself with a weight at the end. He released the weight first, forcing him to lunge to the ground. His theory was that the weight would rotate around the pipe and stop his fall, he was right again, USA Today reported.

On the show, which is aired on the most popular Norwegian networks, Wahl does more than death defying stunts. Each episode explores various scientific claims that Wahl shows were, in fact, bogus. To prove that he is correct, he tests them on live TV.

Per Wahl’s bio, he is an award-winning Norwegian physicist, author, lecturer, and television host.

Barry Coates, Vet At Heart Of VA Scandal, Has Died From The Cancer The VA Didn't Treat