M1128 Stryker – The most devastating US wheeled ‘tank’ in action

Let’s be clear, this is not a tank, by conventional definitions of what a tank is supposed to be. Nonetheless, it’s the most devastating wheeled vehicle that there is, and it truly doesn’t get enough recognition, especially for the support it provides for ground forces.

The M1128 Stryker Mobile Gun System is an infantry support vehicle with a mobile artillery system based on the LAV III Canadian and equipped with a tank gun Royal Ordnance L7 cannon with a caliber of 105mm. It’s not intended to be a battle tank, but rather was designed to provide direct fire to infantry units. It can effectively perform some of the combat missions carried out by tanks. 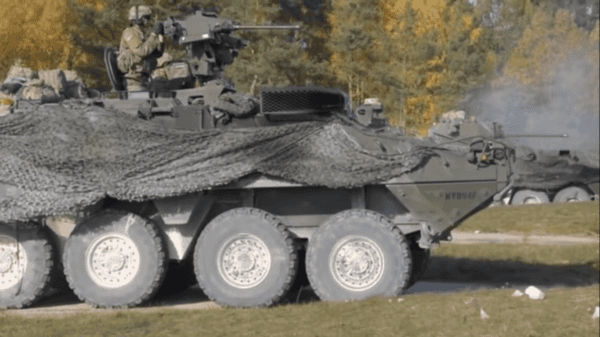 In the early 1970s, Swiss company Moak developed a new armored personnel carrier and multipurpose wheel chassis. The design carefully considered every single detail and precisely where every element would be placed. It was called the Piranha and it became the benchmark for all future armored vehicles across the U.S. military.

The M1128 Stryker is a new and improved Piranha. It went through serious competition to get into the U.S. Army. It is often criticized because of how expensive it is, and its heavy weight. However, the other specs make it definitely worth it.

Take a look for yourself in the video below:

The M1128 Stryker began being used by the U.S. Army in 2007, but not a lot of them were made. There are 10 different variations of the Stryker series and the MGS is just one of them. It does do some of what the main battle tank does, and while it does it well, it is more effective in low-intensity combat.

The M1128 Mobile Gun System is fitted with a General Dynamics Land Systems Low-Profile Turret and is armed with a M68A1E4 105 mm rifled tank gun. Where it really excels is in its maneuverability on the battlefield and is outstanding in off road scenarios. 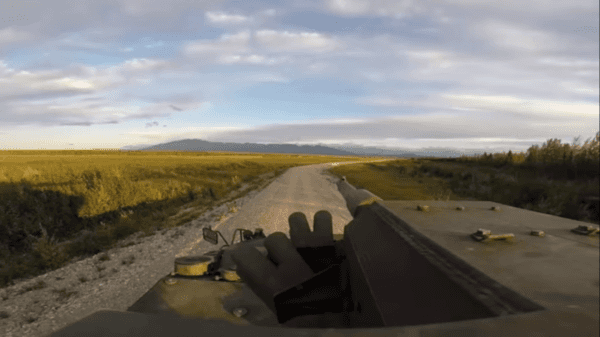 The gun is fully stabilized and can fire high-explosive, anti-tank and canister rounds even while it’s on the move. There is also a secondary armament of 12.7mm and 7.62mm machine guns. The crew consists of a commander, a gunner and a driver.

There are a couple of problems with it, primarily the recoil. When it fires inside the turret, it’s very rough. It is self-loading so no one has to be inside the turret to load it, however. It’s also not usable in the water, which limits its use in some environments.

Although it has a lot of use and equipment, the “wheeled cannon” is too vulnerable in many combat scenarios and continues to be disliked.