Lighting them up: Helicopter minigun in action (VIDEO)

There are few things more exciting than getting to see some of the best military equipment in action. And when those action-packed clips are set to music in a fast-paced montage of bullets and destruction, the intensity level is cranked up to 11.

This video showcases a collection of training clips featuring nonstop helicopter minigun-firing action from every angle. From the gunner’s seat to the ground, viewers are taken on a wild ride that offers a first-hand look at the sheer power of one of the most menacing miniguns the Army has at its disposal.

The weapon featured throughout the video is the M134. This particular minigun is a 7.62x51mm six-barreled rotary machine gun with a sustained rate of fire of between 2,000 and 6,000 rounds per minute. It features a Gatling-style rotating barrel assembly with an electric motor as its external power source.

While the weapon may have the “mini” distinction, there is certainly nothing small about it. Weighing in at more than 80 pounds and stretching more than 30 inches, the M134 is a chunky two-handed weapon that requires both muscle and precision to control. 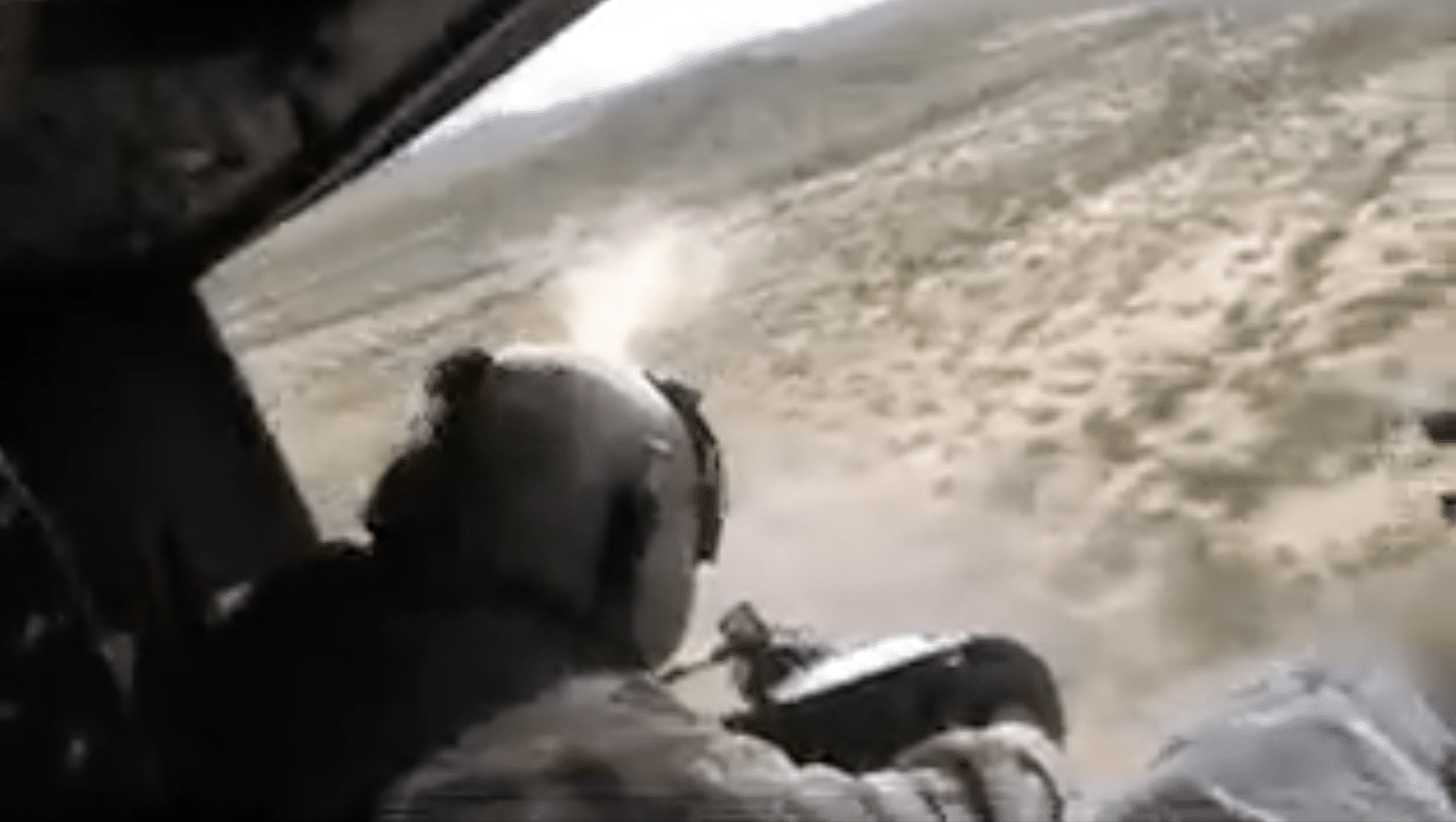 The minigun’s fast rate of fire allows the weapon to deploy hundreds of rounds in the blink of an eye. In many of the video clips, the gunner can be seen flying by his target, spraying down bullets and escaping danger all within a matter of seconds. The barrage of bullets almost looks like one single continuous line of orange lights that extend from the chopper to the target. 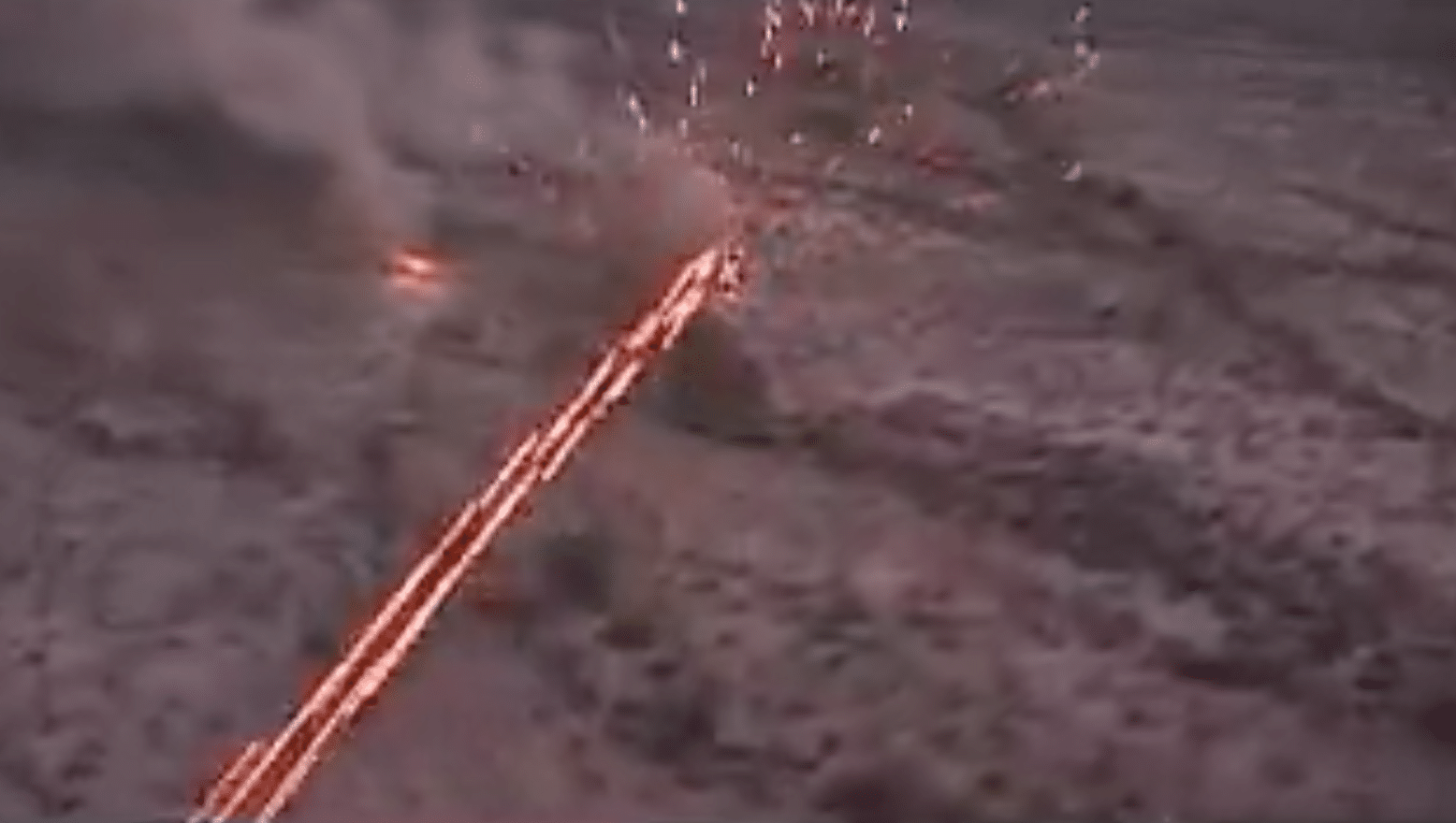 Originally introduced in the 1960s, the M134 minigun has seen battle from Vietnam to Iraq. Today, the weapon is utilized by several branches of the United States military, with different variations of the weapon being used by the Army, Air Force, and Navy.

The M134 can be used as a standalone weapon and is sometimes mounted to a bunker, building, or the ground. However, the minigun is most often seen paired with a wide array of aircraft from attack helicopters to cargo planes. The immense versatility of the minigun allows it to be used in nearly every situation, and most armed forces consider it one of the most essential weapons at its disposal.