Military vehicles are known for being capable enough to handle just about everything. From muddy terrain to vast dry deserts and even rocky mountainsides, there’s next to nothing the United States’ arsenal can’t tackle. Even vertical walls are no match for the Army’s most beloved all-terrain vehicle – the Humvee.

Check out this clip of the tricked-out truck climbing a six-foot-tall wall with ease.

While it seems almost impossible at first, the massive tires of the Humvee jut out just far enough in front of the truck’s front end to make contact with the wall. With a little bit of gas, the rotation of the tires against the cement yield just enough grip to propel the truck upwards.

“This is a six-foot vertical wall,” the man behind the camera says.

As the truck gains momentum, the excitement builds.

“Do it dude! Woohoo!” he exclaims. 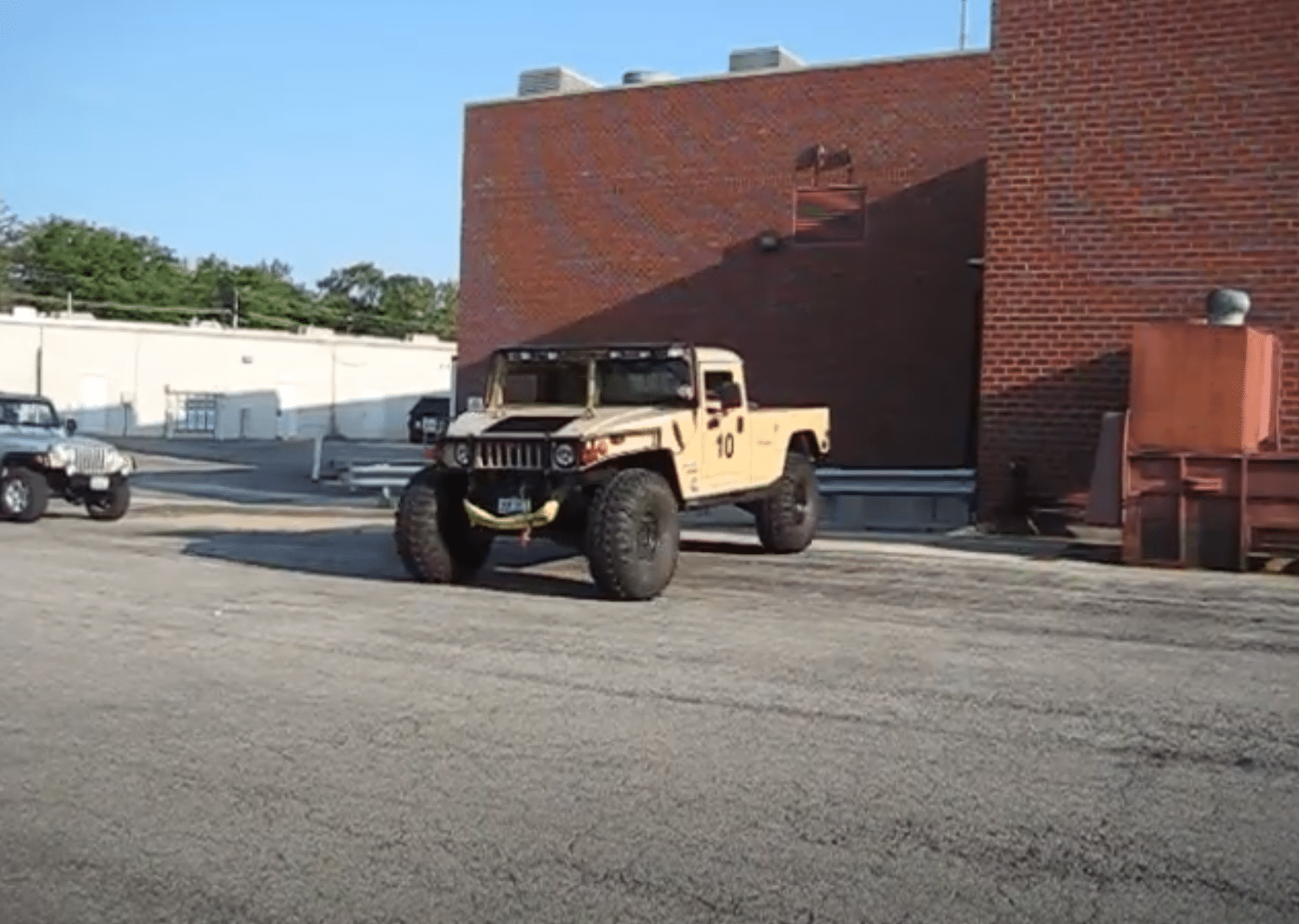 The two-ton beast now sits precariously on top of the wall with its nose in the air. Its next trick: getting down.

The incredibly skilled driver eases the vehicle back down the wall just like it drove up, with its massive tires doing all the work. The military machine screeches down the wall, landing back on the pavement with a thud. 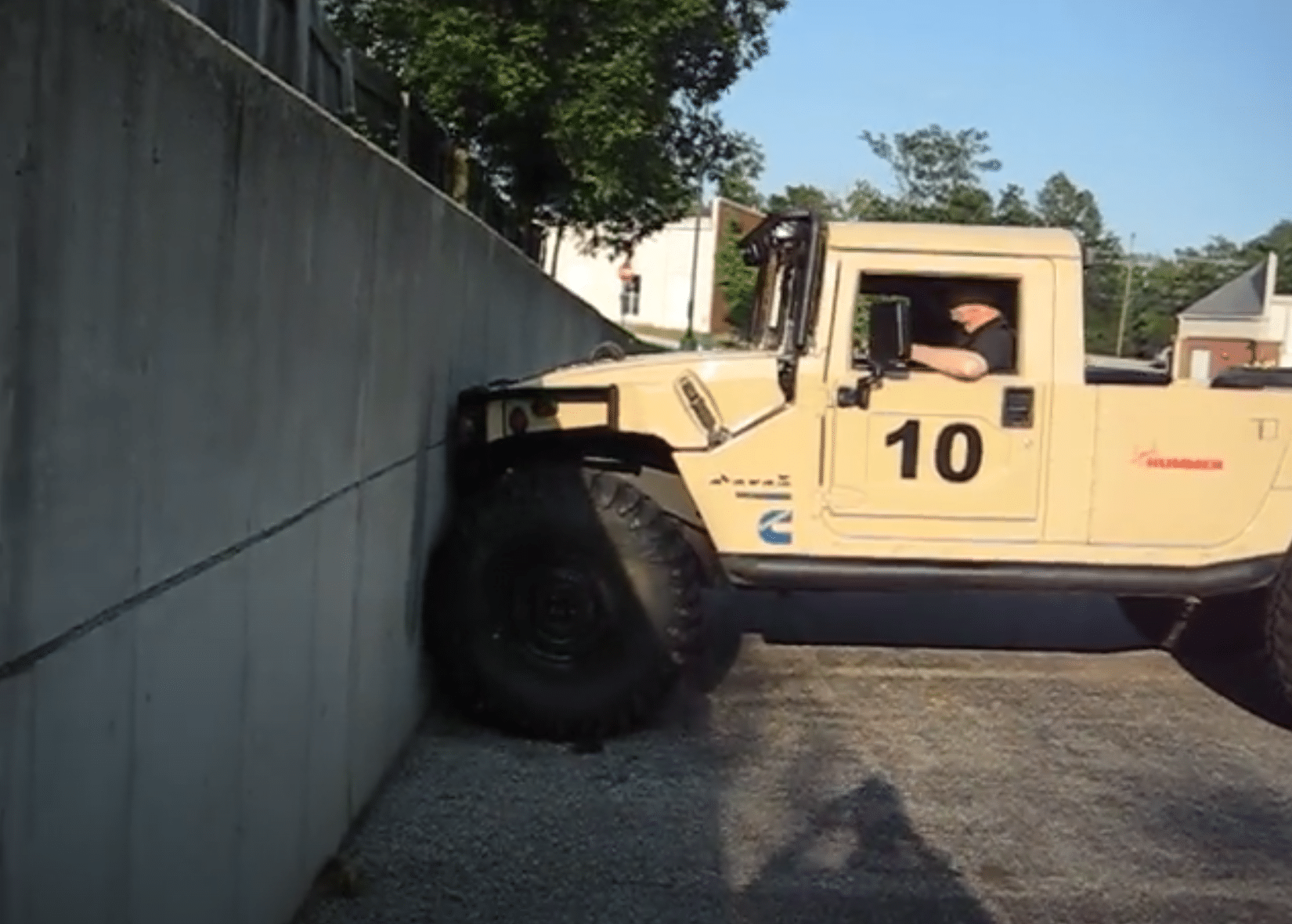 While it is a neat trick, the Humvee of course is usually tasked with more practical military missions. In service since 1982 and still manufactured today, AM General’s High Mobility Multipurpose Wheeled Vehicle, or HMMWV, has been a staple in every branch of the military.

The incredibly capable machine can be tasked to transport troops, outfitted with massive weapons systems, and can be used in everything from simple patrols to active combat. The military version of the Humvee has evolved heavily since its inception, and today more than 200,000 of these mammoth vehicles are deployed all around the world. 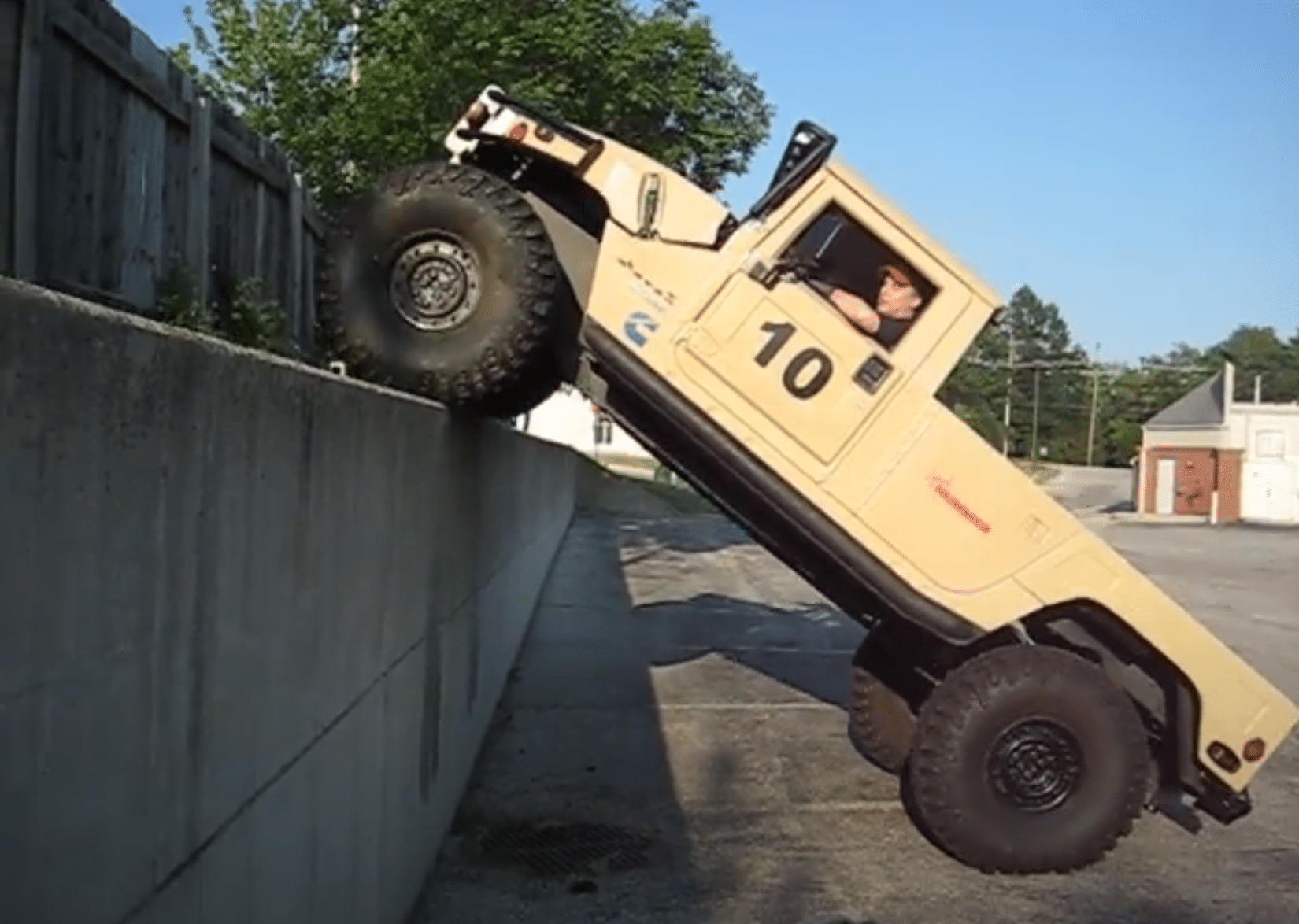 Interestingly enough, while the Humvee is a personal favorite amongst soldiers, everyday civilians also admired the huge vehicle as well. This interest of course spawned multiple iterations of the civilian Hummer truck that is used by families as a daily driver all over America.