We start with several images of daily life inside Raqqa, Syria brought to us by covert activists from the group “Raqqa is being slaughtered silently”, a group of incredibly brave young men inside Syria.

This is an Armenian Church before and after ISIS:

Two Images of an air strike in progress:

An image of the reality of war. These children are in a makeshift “classroom” after the school was destroyed by a regime airstrike. 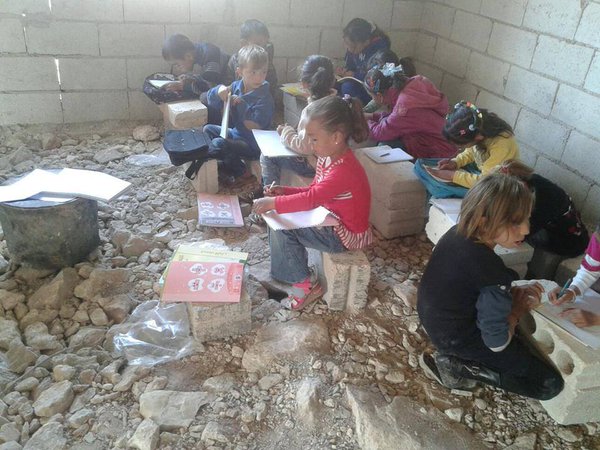 The following images are from a recent battle between ISIS and the YPG (Kurdistan’s Protective Forces, and the Peshmerga) These are images of the aftermath, (death scenes and corpses removed), stolen supplies from the enemy dead. (ISIS) You can see many 30 round AK-47 magazines, grenades, night vision equipment, range finders, handheld radios, and a large supply of 7.62 ammunition, and RPGs.