(WATCH) Taliban open fire on US troops who retaliate tenfold

U.S. Army soldiers effortlessly eliminated a Taliban target attempting to fire sniper rounds from a mountainside – and the entire encounter was caught on film. The clip is from The Hornet’s Nest, a documentary from journalists Mike and Carlos Boettcher who followed troops in Afghanistan during nine days of combat.

The video, posted in 2014, opens up with Command Sergeant Major Chris Fields identifying three combatants on a ridge overlooking the troops.

“Sir, I got a little bit of movement in the little tertiary valley to the left,” Fields says. Moments later, the first shots narrowly miss the soldiers. 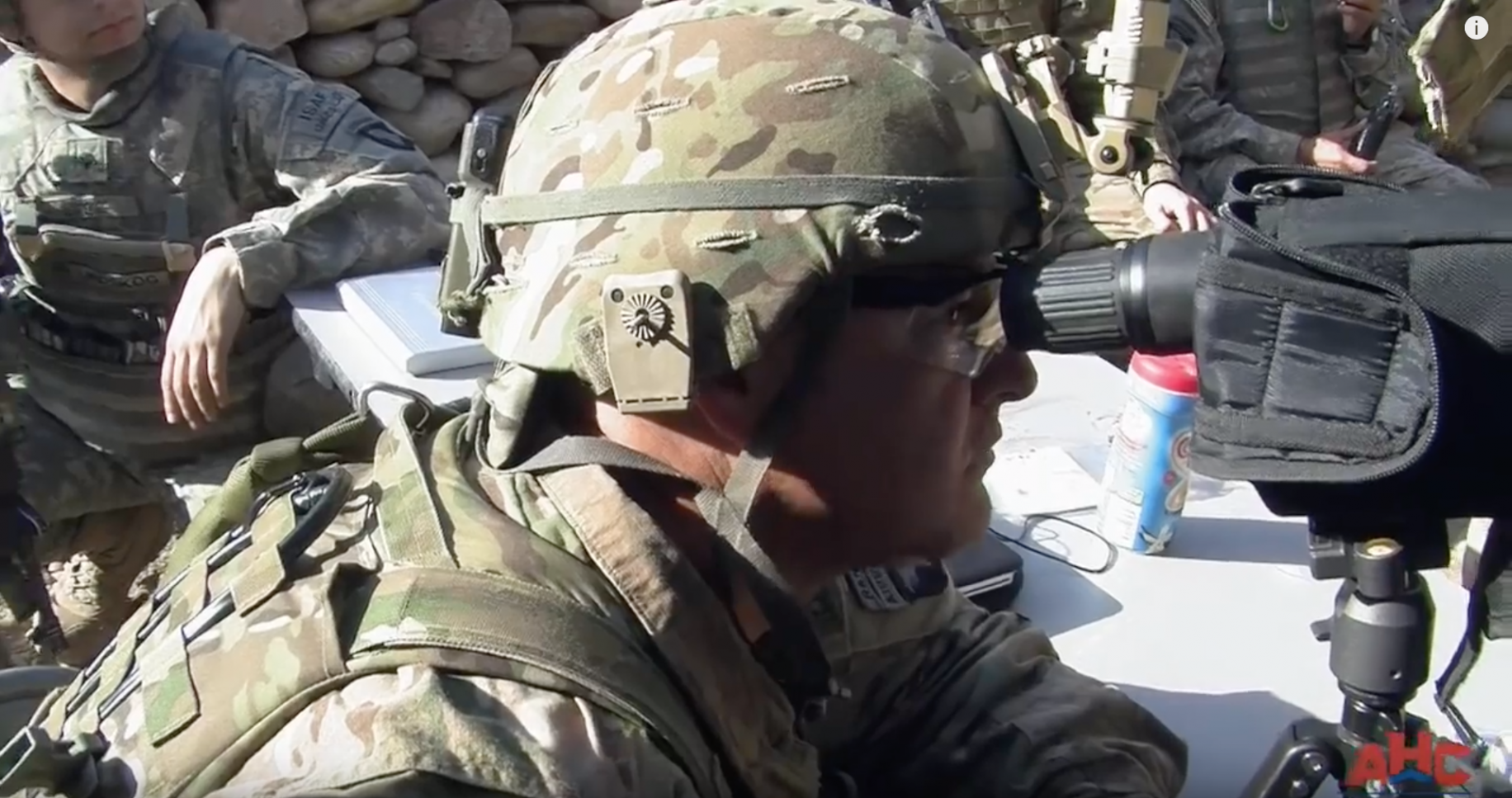 “They shot right through us, sir, right there,” an unidentified soldier exclaims.  The bullet that narrowly missed them is identified as a 12mm DShK round. “A bunch of these were just shot at us by the enemy on the hillside,” another soldier explains in the clip. “These are very deadly when it hits you.”

Check out the exchange in the video below:

More than 25 shots rain down on the enemy. The Taliban’s radio traffic is intercepted, and it is revealed that one of the combatants has been hit in the leg.

“One person is injured now. To the legs. He’s ok but his leg is hurt,” one of the soldiers explains after overhearing the communication. “It’s not going to be ok. They don’t know what’s about to hit them.”

The video cuts to a fighter jet that comes screaming towards the mountainside. A missile from the aircraft strikes its intended target.

U.S Army soldiers look on as an airstrike hits its target on a mountainside in Afghanistan. (American Heroes Channel/YouTube)

“They see us. They’ve been watching us for a while. They’re moving into position. They don’t think we can harm them,” one of the soldiers says. “They just haven’t fought us yet.”

At the end of the clip, it is revealed just how close the troops – and the documentary crew – came to being hit.

“Gunfire buzzes when it is close to you. It sounds like a bee passing over your shoulder,” one of the men tells the camera crew. “That’s when we knew things were serious.”

The Hornet’s Nest focuses on a group of United States Armed Forces troops sent into one of Afghanistan’s most hostile valleys. The father and son team behind the documentary originally planned on the mission lasting three days. However, the film ultimately covered nine days of intense combat.