Operation Buster–Jangle was a series of seven different nuclear weapons tests conducted by the United States in late 1951 at the Nevada Test Site, 65 miles northwest of Las Vegas. The test program was the first to join together the Department of Defense (Operation Buster) and Los Alamos National Laboratories (Operation Jangle).

The Los Alamos lab,  founded in secret during WWII as part of the famous Manhattan Project, was chosen to be the central location for the great minds who were tasked with creating the deadly weapons used to defend Allied forces.

The work of the lab ultimately produced “Little Boy” and “Fat Man,” the only two atomic bombs ever to be used during war. 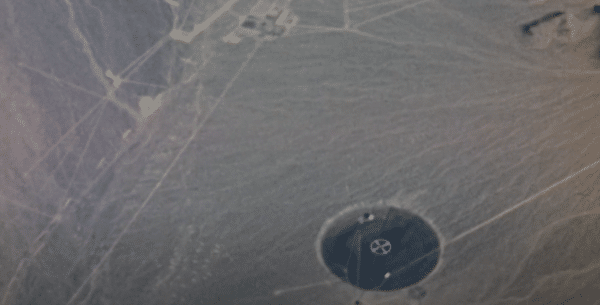 The seven atomic bomb tests conducted at the Nevada Test Site all happened in less than a month’s span. From October 22 to November 29, various bomb types were detonated using different methods, from different heights and all with different purposes.

However, the end goal was simple: to find the most affect way to utilize the world’s most powerful weapon.

The video clip below shows the fifth test, codenamed Easy, from an aerial perspective. Within a matter of seconds, the unfathomable destruction caused by the bomb can be seen as the ground ripples around the site.

In addition to weapons testing, those tasked with developing the atomic bomb also needed to understand the physical and psychological affect such a weapon would have on people. To accomplish this, personnel were instructed to create foxholes, construct gun emplacements and build bunkers in a defensive position a few miles south of the detonation area. 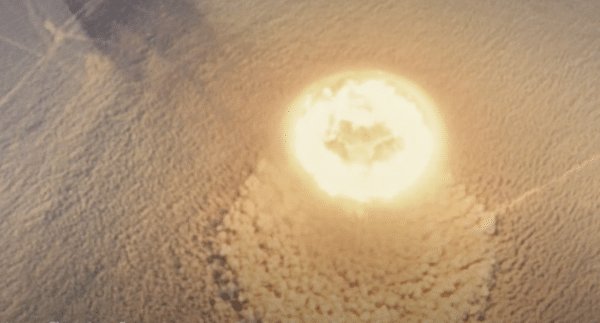 After the test was conducted, the troops were then ordered to move forward towards the blast area. While traveling closer to ground zero, troops documented the nuclear weapon’s effects on the fortifications that had been build for the test. The ground troops were only able to go as close as half a mile from ground zero before they were instructed to move out of the area.

While the troops firsthand account of the blast site was valuable, the secondary test required documenting the soldier’s personal perspective upon examine the damage. The Human Resources Research Office was tasked with gathering data on the psychological experiences of the troops after witnessing such destruction.

Family Of Chief ISIS Executioner Paid Over £400,000 By UK Government