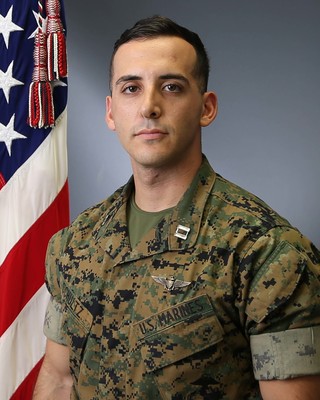 “The loss of our Marines weighs heavy on our hearts,” said Maj. Gen. Mark Wise, commanding general of 3rd MAW. “Our priority is to provide support for our families and HMH-465 during this critical time.”

Capt. Samuel A. Schultz, 28, of Huntington Valley, Pennsylvania, was a pilot assigned to HMH-465. He joined the Marine Corps in May 2012.

Schultz previously deployed with the 11th Marine Expeditionary Unit. He has no personal awards.

First Lt. Samuel D. Phillips, 27, of Pinehurst, North Carolina, was a pilot assigned to HMH-465. He joined the Marine Corps in August 2013.

Phillips’ previous duty stations include NAS Pensacola, NAS Corpus Christi and MCAS New River. He has no personal awards and has not deployed.

Holley’s previous duty stations include Marine Corps Base Quantico and MCAS Miramar. He previously deployed to Iraq twice in support of Operation Iraqi  Freedom, to Japan as part of the Unit Deployment Program, and with the 15th Marine Expeditionary Unit.

Lance Cpl. Taylor J. Conrad, 24, of Baton Rouge, Louisiana, was a CH-53 helicopter crew chief assigned to HMH-465. Conrad joined the Marine Corps in May 2016. He has no personal awards and has not deployed.

“The hardest part of being a Marine is the tragic loss of life of a fellow brother-in-arms,” said Col. Craig Leflore, commanding officer of Marine Aircraft Group 16. “My deepest sympathies go out to the families and friends of Capt. Samuel Shultz, 1st Lt. Samuel Phillips, Gunnery Sgt. Derik Holley, and Lance Cpl. Taylor Conrad. These “Warhorse” Marines brought joy and laughter to so many around them. They each served honorably, wore the uniform proudly and were a perfect example of what makes our Marine Corps great – its people! They will forever be in our hearts and minds.”

The cause of the crash is currently under investigation.

All releasable information is contained within this release.

F-35B visits CENTCOM as it prepares to enter theater