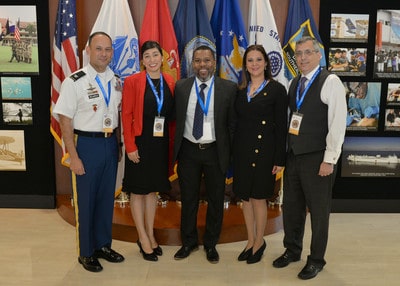 The workshop, hosted by Chile at U.S. Southern Command, focused on disaster response coordination through communication and coordination both internally and with regional and international partners such as the Caribbean Disaster Emergency Management Agency, Coordination Center for the Prevention of Natural Disasters in Central America, Conference of the Armed Forces of Central American, and the International Federation of the Red Cross and Red Crescent Societies were among the many organizations and agencies that participated in the three-day workshop.

Participants explored means of leveraging the military capabilities within the region and creating ways for civil and military authorities to share information on which nation’s capabilities are available to assist.

Chilean Gen. (ret.) Rodolfo Gonzalez Palaneck, who was one of the principal leaders of the workshop, said: “We’re here to mitigate the disaster risk in the region. It’s imperative that we understand the resources available in the region and utilize coordination between civil and military assets to ensure that the right resources are available when and where they’re needed.”

Every aspect of life in the region can be affected by natural disasters, even if a nation isn’t hit directly.

No country is exempt from disaster. According to the InterAmerican Development Bank (IDB), since 1980 more than 293-thousand people have lost their lives as a direct result of natural disasters. And the estimated cost to their economies in inflation-adjusted dollars is 282 billion.

Among the worst disasters to affect the region in the last decade was the magnitude 7.0 earthquake which struck Haiti in Jan. 2010, which resulted in the deaths of 316-thousand people and estimated damages of between seven and 14 billion dollars.

U.S. Southern Command is taking action with its partners in the region to ameliorate suffering before disaster strikes. Including building 38 emergency operations centers in throughout Central and South America and the Caribbean, which are designed to standards unique to each location.

SOUTHCOM’s Director of Humanitarian Assistance and Disaster Relief section, William Clark explained, “It’s important to know that these warehouses are a sound investment – not just in the infrastructure of our partners, but in their ability to respond to emergencies quickly, and on their own. The ability to respond and coordinate rescue operations on the scene can make a huge difference in preventing loss of life and property damage.”

About the importance of the workshop, he added: “These events provide a valuable opportunity for our civil and military colleagues throughout the region to put a face to a name, and enables them to reach for the right type of assistance for their unique situation to the right partner.”