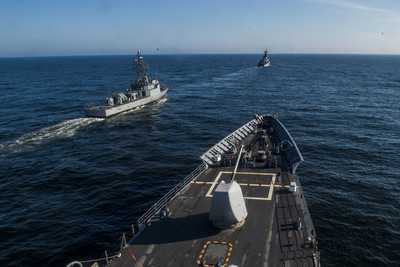 SIFOREX is a naval exercise that focuses on anti-submarine warfare (ASW) proficiency. It provides a unique opportunity for U.S. Naval forces to conduct ASW operations against multiple diesel submarines in a complex environment.

The primary focus of SIFOREX is ASW operations, but the exercise will also provide some events in surface warfare, maritime interdiction operations and search and rescue.

This year SIFOREX will boast additional submarine participation from Colombia who is providing a Type-209 submarine to conduct exercise operations and will have observers from the Brazilian and Argentinian navies.

“Conducting these types of exercises is critical,” said Cmdr. Mark Yehl, lead planner for SIFOREX 2018. “We can always expect maximum effort from our crews at sea, but one often overlooked aspect is the logistics that go into each exercise we do. Being able to identify problems and create solutions is critical for smooth operations, both in exercises and real-world situations.”

SIFOREX has been a routine exercise since 2001, becoming a biannual exercise in 2006, occurring every even year since.