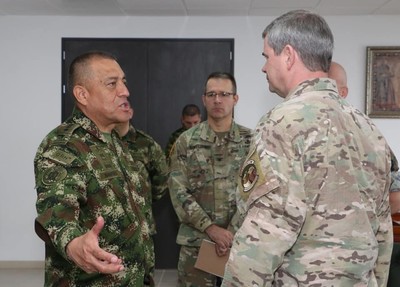 During the trip, Plehn also visited Colombian military commands to meet with leaders and troops and get a firsthand look at operations and the security environment. As a part of his trip, Plehn visited Colombia’s Special Forces Division and met with the division’s commander, Gen. Juan Pablo Forero, who previously headed SOUTHCOM’s J7/9 Exercises and Coalition Directorate.

Colombia and the United States share a strong security partnership. The enduring military partnership dates back decades. Colombian and U.S. troops served under the United Nations Command during the Korean conflict. For many decades, U.S. and Colombian troops have worked alongside each other during exercises, humanitarian assistance missions, professional exchanges, and security operations to counter transnational threats.