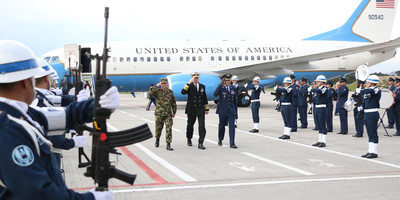 The admiral met with Colombian leaders and U.S Ambassador to Colombia, Kevin Whitaker, to discuss the U.S.-Colombian security partnership and to visit the U.S. Navy hospital ship USNS Comfort, which was providing care in Riohacha as part of a medical assistance mission.

Prior to his visit to USNS Comfort Nov. 30, Faller met with Colombian President Ivan Duque to discuss the continuation of both nations’ strong security partnership.

During the visit to USNS Comfort, Faller met with patients and crew of the hospital ship and also participating the closing ceremony marking the end of the medical mission in Riohacha.