While November is National Adoption Month—an annual campaign sponsored by the Children’s Bureau under the U.S. Department of Health and Human Services to encourage communities to support the thousands of children across the country in need of permanent families—the important messages of National Adoption Month resonate throughout the year.

As many as 50 percent of youth who age out of foster care are likely to become homeless. This year, National Adoption Month brings attention to resources for professionals to ensure “forever families” for teenagers in foster care may become a reality. To learn more about these resources, click here.

Below are a few heartwarming stories from Coast Guard families who have adopted a child this year, and in some instances, multiple children. 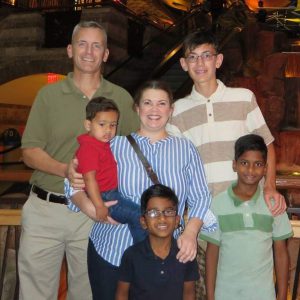 “We traveled to Bangalore, India, this past March to adopt Zane, our third adoptee from India over the past four years.  Zane, whose nickname is Bheem – the child superhero cartoon character in India who he looks like, loves trucks, rocks and climbing things – especially things that are un-sturdy. He also likes to laugh and wrestle with his brothers. Sometimes he practices his wrestling skills on his classmates at child care which can cause some concern.

“We thought we were finished adopting last year after our second, but after seeing the movie Lion, we decided to adopt a third, and we are very glad we did.” 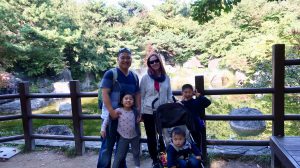 Coast Guard Lt. Cmdr. Hoon Park and his family posed for a photo at the National Korea Museum after getting custody of their third child from South Korea.

This is Lt. Cmdr Hoon Park and Yvonne’s, his partner, third adoption from South Korea. The Coast Guard family has played a tremendous role in allowing members 20 days of adoption leave and commands fully supporting their members in building families.

“It’s true how much support the CG gives its members allowing the time off to bond with the child and travel. My command took all the stress away regarding work,” said Park. 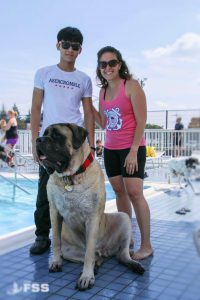 “Adoption has changed our lives forever. NOTHING in our lives will ever be the same since the day my teenage son, born in Vietnam, officially became my child in August 2017. My son will have opportunities in life that other children in Vietnam could not even fathom, and I now have the opportunity to experience life all over again through his eyes as he assimilates into American life and develops into an incredible young man.

“The 13-month international adoption process was completed while I was assigned overseas and was made easier largely in part to the overwhelming support of my command, who afforded me several months of adoption leave and personal leave to spend the necessary time bonding with my son.

“I hope that other Coasties embarking upon such an adventure, especially as a single parent, receive similar support from their leadership as they endeavor to build their family. Please feel free to reach out to me if you have questions about international adoption!”

Resources
The below resources can provide assistance with the Adoption Reimbursement process:

1. Adoption Reimbursement Program: Coast Guard active duty members and reservists on active duty for at least 180 consecutive days are eligible for reimbursement of up to $2,000 per child, per year, and a maximum of $5,000 in any calendar year.

2. Coast Guard Support Program or CG SUPRT: Assists Coast Guard personnel and their families with adoption resources. They can be contacted at 855-CGSUPRT or 855-247-8778.

Visit the Health and Human Services website to learn more about adoption and the history of National Adoption Month. To locate the Work-Life staff at your Health, Safety and Work-Life Regional Practice, call 800-872-4957.