DOD continues global military operations even as it battles COVID-19 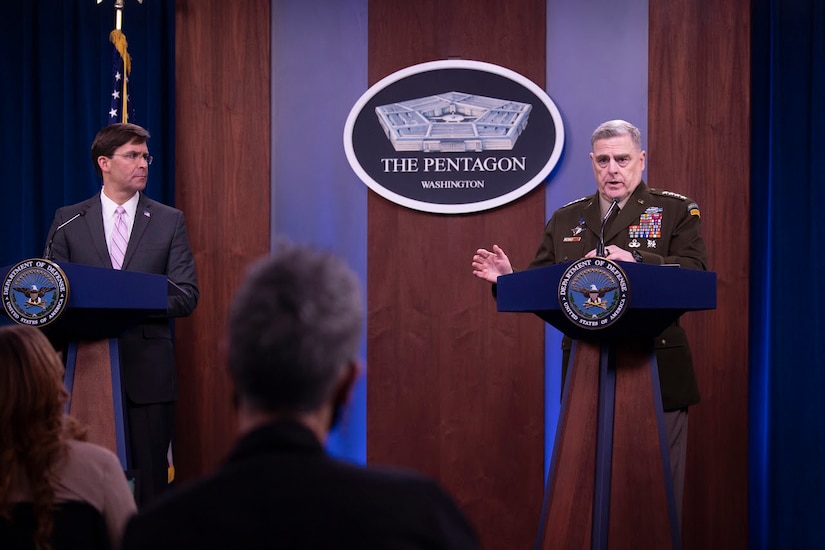 Even as the Defense Department supports the whole-of-government response to the COVID-19 pandemic, it continues its vital national security missions, Defense Secretary Dr. Mark T. Esper said yesterday during a Pentagon news conference.

Esper and Army Gen. Mark A. Milley, chairman of the Joint Chiefs of Staff, held a conference on DOD’s support for the nation’s COVID-19 response. Esper also gave examples of some of the security missions DOD has undertaken, including:

Regarding North Korean weapons tests, Milley said the intelligence analysis of their recent missile launches would take a few days, but the tests were short-range and not particularly provocative or threatening.

Regarding COVID-19, Milley said there are going to be a lot of lessons learned, and a comprehensive after-action review will follow. It won’t be business as usual after the pandemic, the chairman said.

“There are countries out there in states that are very fragile that are in various states of civil war and have violence internal to their societies,” he said. “There’s significant stress as a result of the COVID-19 virus on the internal politics of other countries. There’s a significant stress on their economies, on resources. There’s risk of instability, So, no, it’s not going to be business as usual. We’ve got to take a hard look at how we, the Department of Defense, conduct operations in the future.”