The day’s mission was to conduct airborne operations for 141 paratroopers from the 1st Battalion, 509th Infantry Regiment (Airborne) — the intrepid opposing force Geronimos for JRTC — and other Soldiers from units across the installation.

Capt. Kenneth St. Germaine, Task Force Sustainment, JRTC Operations Group, said the big difference between jumping from a fixed wing aircraft like a C-130 or C-141 and jumping from a helicopter is a paratrooper’s physical position. 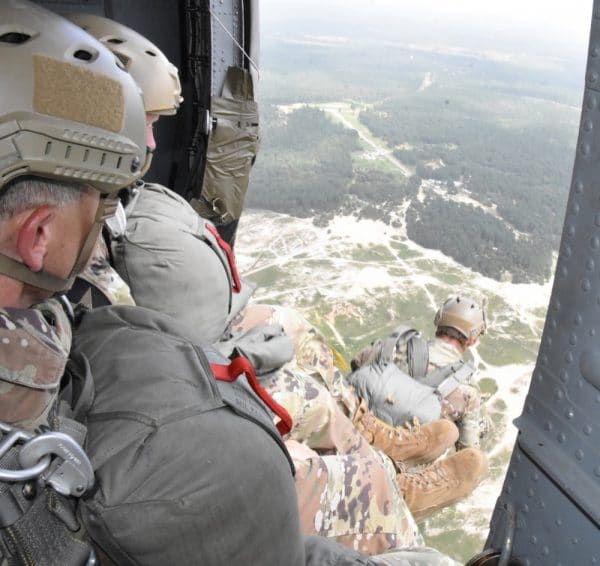 “With the UH-60, you’re hanging off the side of the helicopter and then push yourself out when it’s time; in a C-130 or C-141 you’re seated, then stand up and walk to the door before jumping out,” he said. “It gives an adrenaline rush that always follows the airborne community.”

St. Germaine said there are also differences for jumpmasters working a helicopter jump.

“Everything is condensed into a much shorter time frame,” he said. “You also have to rely more on hand signals than voice. Although you use hand signals on a fixed wing aircraft, you also shout out the information to jumpers, while on a helicopter the paratroopers are often unable to hear because of noise.” 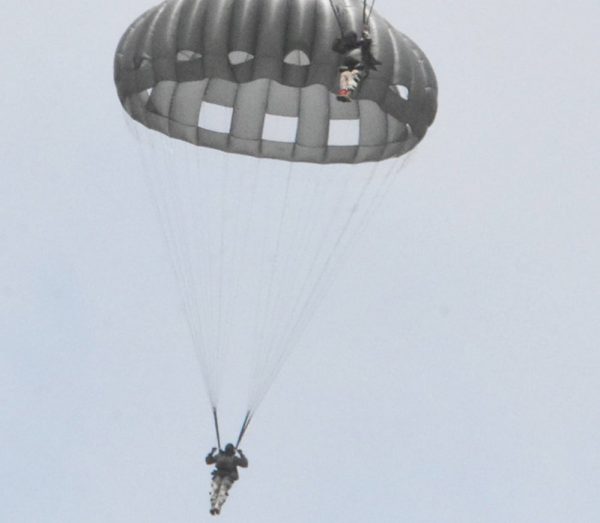 “Working the different dynamics and putting jumpers out safely are an important part of a jumpmaster’s tasks, whether in fixed wing or helicopters,” he said. “There are different emergency procedures you must be aware of. It’s also different if you have a paratrooper whose chute gets hung up. Instead of trying to pull them back in or cut them loose, the helicopter lowers them slowly; and once they get on the ground, they walk away from the aircraft and take a knee.”

St. Germaine said the jumpmaster would then unhook the jumper’s static line, check out their equipment and send them on the next lift.

“It’s like fast roping without a fast rope,” he said.

The paratroopers were divided into chalks of five or six jumpers. After dropping each chalk over the Geronimo DZ, the helicopters returned to the loading area and picked up their next chalk until everyone had jumped. 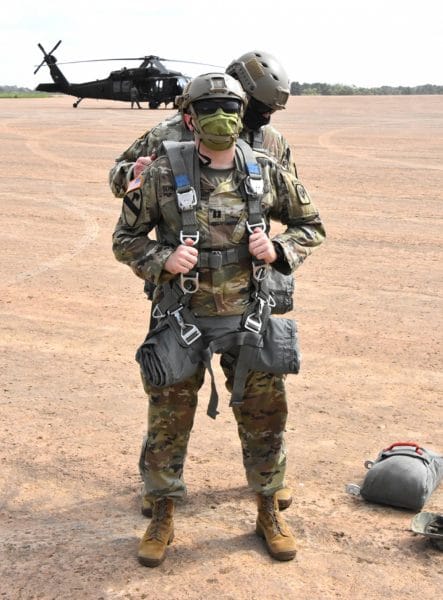 “Soldiers must maintain their proficiency if they are on jump status,” Morrow said. “We also do our best to provide different experiences, especially for jumps like helicopters. Not only does it help keep things interesting, but it also increases their knowledge of the different types of airborne operations.”