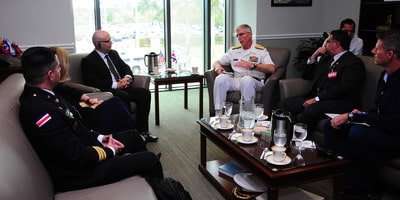 Rojas was at SOUTHCOM to meet with Faller and command leadership to discuss regional security and cooperation. The visit was Rojas’ first to the command.