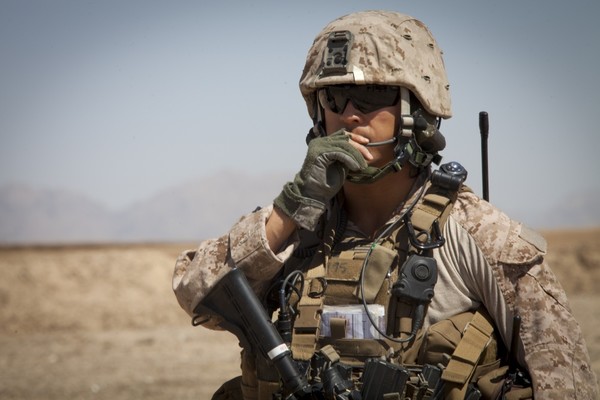 The Marine Corps released a request for information for industry input that identifies potential sources for a suite of hearing enhancement devices. The devices will protect Marines’ hearing while increasing their situational awareness in a variety of training and combat environments.

Marine Corps Systems Command will assess the systems to ensure they are compatible with Marine Corps radios and the Marine Corps Enhanced Combat Helmet, or ECH. Systems can be circumaural or intra-aural but must include versions that are both communications enabled and versions that are not communications enabled. Program Manager Infantry Combat Equipment at MCSC is considering options to purchase between 7,000 and 65,000 hearing enhancement devices within the next three years to be used in addition with the current Combat Arms Earplugs Marines wear.

“Marines have the earplugs and they do provide protection, but sometimes they choose not to wear them because they want to be aware of their surroundings at all times,” said Steven Fontenot, project officer for Hearing, Eye Protection and Loadbearing Equipment in PM ICE at MCSC. “The new headset we want to acquire will allow Marines to wear hearing protection, yet still provide the opportunity to communicate and understand what is going on around them.”

In February, MCSC issued a sample of headsets to 220 infantry, artillery, reconnaissance and combat engineer Marines to ask their opinions on fit, form, function and comfort. Testing was conducted at the Air Force Research Laboratory and during live fire exercises with the Infantry Training Exercise 2018. Recon Marines also took headsets to Norway to conduct cold weather training and were pleased with the performance, Fontenot said.

“Marines wore the headsets throughout their regular training cycle to assess comfort and how well they integrated with the ECH,” said Fontenot. “We want to make sure the headset we acquire is rugged and capable of operating in a wide range of environments a Marine might encounter, from cold weather to extreme heat.”

In the future, MCSC will release new weapon systems that could potentially cause a greater risk to Marines’ hearing. To be prepared, PM ICE wants to ensure Marines ears are protected in advance.

“Most of the systems we’ve researched amplify the verbal and softer noises around the Marine, so they know what is going on while protecting against loud noises that could damage the ear,” said Nick Pierce, Individual Armor Team lead, PM ICE. “Although we conducted an initial evaluation, the latest technologies could yield something better in 2020, and there are always things we can improve upon from the systems that were tested, such as comfort and the ability to clearly pinpoint which direction sound is coming from.”

After industry information is gathered, MCSC’s PM ICE will conduct a larger evaluation with the hearing devices to test their compatibility with the ECH. MCSC could purchase quantities of hearing enhancement devices as early as fiscal year 2020.