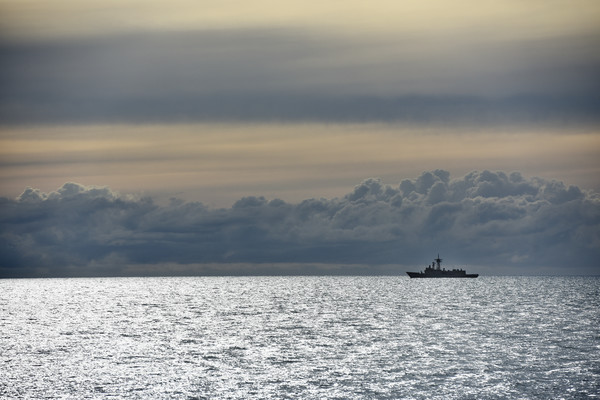 AUSTRAILIA, At Sea — The Australian Defence Force brought on a small group of U.S. Marines to take part in an amphibious raid training, Exercise Sea Series 18, in Australia from May 18 to June 26, 2018.

The Marines, from Marine Rotational Force – Darwin 18, arrived in Sydney to start with a command portion of the event aboard the HMAS Canberra.
“Sea Series is a three-part exercise,” said Australian Capt. MacDougal, amphibious planning officer with the Amphibious Task Group. “Sea Horizon, the first one, was just a small command element going over command procedures.”

The second part, Sea Horizon, consisted of the headquarters element testing wet and dry embarkations. They culminated with Sea Raider where the ATG employed a battalion size element, support element and recon teams in an amphibious certification process, MacDougal said.

“Marines with MRF-D supported key functions in the joint operations room and provided subject matter expertise on lethal and non-lethal fires and effects,” MacDougal said. “They developed the intelligence picture and assisted current operations of our landing forces during the exercise.”
Three weeks into the exercise, the HMAS Canberra arrived in Brisbane to embark vehicles, infantry units and the rest of the supplies needed. It marked the start of the second part, Exercise Sea Explorer.

“Sea Explorer is where the Australians start to build muscle memory for going to the beaches and moving around on the ship,” said U.S. Marine Master Sgt. Kwame Williams, embarkations and operations chief from Combat Logistics Detachment 1. “Much like the Marine Corps, the infantry units will train on the amphibious tactics so when it’s time for the final exercise, they can hopefully roll right through it.”

The ADF completed many firsts during the exercise.
“This was the first rotational battle group to conduct amphibious operations as part of an Amphibious Readiness Unit,” MacDougal said. “It was also the first time we had air to surface movements from the LHD and LSD to land objectives during any exercise.”

In addition to air to surface movements, this was Australia’s largest embarked amphibious element since the Vietnam War, with more than 1,700 sailors, soldiers and airmen involved. That’s more than the total commitment currently deployed, MacDougal said.

“The main difficulty for the command was the experience of persons involved,” MacDougal said. “We overcame that by the scale of the exercise, starting with command training then moving on to troop movements and finishing with the final operation.”

For many Australian Army members with the 8/9 Royal Army Regiment, this was the first time they embarked on a ship and took part in amphibious operations.

“Unlike the United States, Australia doesn’t have a Marine Corps,” Williams said. “This is basically Australia’s amphibious raid and it’s completed by a joint effort with their three branches [Royal Navy, Army and Royal Air Force.”

The Marines attached to the ATG provided advice from their amphibious experience. Advice and expertise, MacDougal said, that Australia’s doctrine couldn’t provide.

“Aside from the language barriers and understanding our amphibious doctrine, the Marines were able to jump right in and assist in key billets for the exercise,” MacDougal said.
The sole U.S. Navy Sailor, HM2 Luke Campbell, also integrated well with the ADF aboard the ship.

“I was able to take part in two mass-casualty exercises,” Campbell said. “The medical staff here is great and they were able to certify the ship medical bay for any such combat scenarios.”

While the ADF may have been thought of mostly as a Humanitarian and Disaster Relief, MacDougal said, the fleet is now trained a capable to fight against an adversary on an amphibious front.