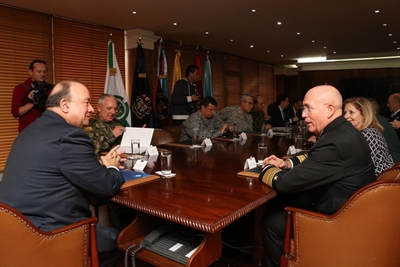 On the second day of the trip, Tidd visited a Colombian joint task force in Tumaco that is leading efforts to counter security threats in that region of the country.

“I want to underscore our commitment to deepening our longstanding partnership with the Colombian Armed Forces and National Police in support of security and stability across our hemisphere and around the globe,” Tidd said at a press briefing in Tumaco.

“Our Armed Forces have stood alongside each other for decades and we continue to play a role in U.S. assistance to the Colombian people as they embrace the opportunities of the post-accord era,” Tidd said.

SOUTHCOM’s defense partnership with Colombia is one of the command’s strongest in the region and contributes to regional security, peace and stability. Current cooperation is focused on:

TRICARE and You: Navigating TRICARE for reservists