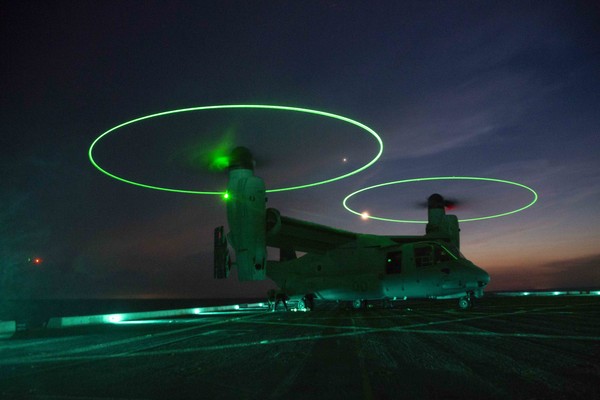 U.S. Marines and Sailors assigned to the 22nd Marine Expeditionary Unit, joined with the Sailors of Amphibious Squadron 6 aboard the USS Kearsarge, USS Arlington, and USS Fort McHenry to embark on the exercise.

This first training exercise at sea allows the Marines and Sailors to get used to ship life, and build relationships with the Sailors they will be working with during their seven-month deployment in late 2018. The Marines and Sailors are given scenarios and missions which enhanced the teams’ readiness and combat effectiveness.

“PHIBRON-MEU Integration Training is the first of three pre-deployment at sea periods for the ARG/MEU,” said Col. Michael Perez, 22nd Marine Expeditionary Unit commanding officer. “PMINT aims to initiate a strong partnership, interoperability, and interdependence between the Navy’s Amphibious Squadron 6, and the 22d Marine Expeditionary Unit for the development and sustainment of combat capability for our upcoming deployment.”

The function and design of these exercises ensure required mission essential tasks are accomplished and standards are achieved. PMINT allows the MEU to focus on critical skillsets such as flight deck qualifications for aircraft and surface operations to move personnel and cargo to and from the shore.