An email posted to Wikileaks from Clinton Campaign manager John Podesta’s personal email account shows Podesta sorted potential VP picks into “food groups”  based on race and gender. The email, sent on March 17, shows a list of names of possible VP picks that Podesta and five others collaborated on which he then says he organized into “rough food groups”. The names are sectioned out based on race, ethnicity, and gender.

Podesta sent the email on a Thursday,  soon after Clinton won a handful of primaries in key states such as Illinois, Ohio, and Florida. “Ok, I can breathe again!” Podesta wrote. “Congrats on a fabulous night. I am feeling like it’s possible to get back to the longer term again.” 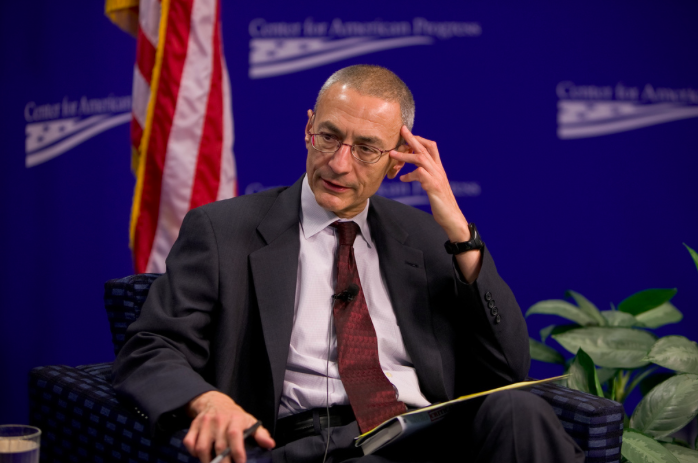 Before listing the VP picks, Podesta says that the list was made following discussions with Cheryl Mills, Robby Mook, Jake Sullivan, Huma Abedin, and Jennifer Palmieri. He said the list was “a first cut of people to consider for VP” and that he “have organized names in rough food groups.”

Next, is the white men category. There he lists Michael Bennet, Sherrod Brown, Martin Heinreich, Terry McAuliffe, Chris Murphy, Tom Vilsack, and the man who was ultimately picked as VP: Tim Kaine.

Finally, Clinton’s rival in the primary made the list as well, getting his own lone food group at the end: Bernie Sanders.

Op-Ed: The Mosul Offensive And Why Turkey Never Had Plans To Leave Iraq